(1)
BNS
aA
The Lithuanian government gave a green light on Monday to receiving up to 250 refugees distributed by the European Commission (EC) in an effort to help ease the Mediterranean refugee crisis. 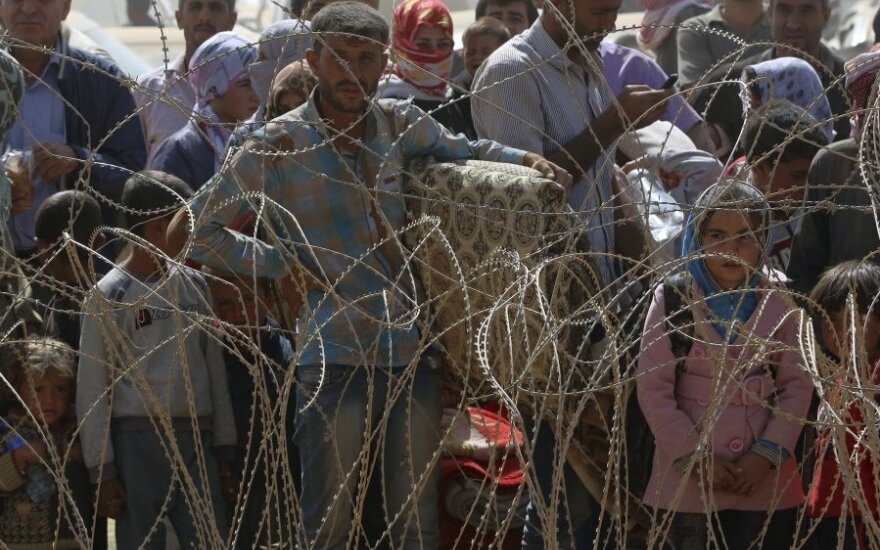 This is the number of refugees Lithuania could resettle by June 30, 2018, the government said in its resolution.

At Monday's meeting, both Social Security and Labour Minister Algimanta Pabedinskienė and Healthcare Minister Rimantė Šalaševičiūtė raised the issue of the need of additional funding in the state budget. Prime Minister Algirdas Butkevičius emphasized, however, that only "a political decision" was made now, with money to be found later.

"For now, it is a political decision we are making for the European Council, we are giving our opinion on solidarity and organization, and we will search for the money then," the prime minister told the meeting.

The final decision on distribution of refugees within the European Union will be made by the European Council.

The European Commission has asked member-states to accept 20,000 Syrian refugees over the next two years and also examine a share of the 40,000 asylum applications from Syrian and Eritrean citizens handled by Italy and Greece.

Lithuanian government agree to accept up to 250 refugees

The Government of Lithuania on Wednesday agreed that Lithuania would be ready to accept up to 250...

4 Iraqi families to be resettled to Lithuania in July

Four Iraqi families that fled persecution in their country will be resettled in Lithuania in early July.

The European Commission 's Vice-President Valdis Dombrovskis says that the principle of voluntary...

Lithuania wants to accept up to 200 refugees, according to interior minister

Lithuania's Ministry of the Interior on Monday presented the government with a draft proposal which...

Lithuania's Minister of Foreign Affairs Linas Linkevičius has criticised the idea that the country...

Lithuania could take in 250 refugees as a voluntary contribution to the European Union 's efforts...