BNS
Amidst the European Union's (EU) efforts to solve the immigration crisis, the Lithuanian government is considering the possibility to assign a helicopter and a crew of the State Border Guard Service for rescue operations in the Mediterranean Sea, the prime minister's spokeswoman said on Wednesday. 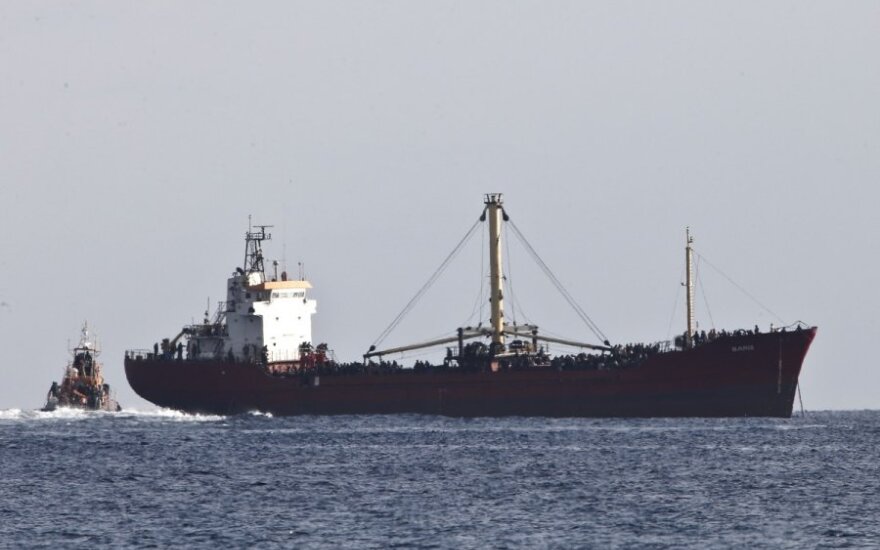 "Sending a State Border Guard Service helicopter and crew to rescue operations in the Mediterranean Sea is one of the ways of contributing to the efforts to settle the situation," spokeswoman Evelina Butkutė Lazdauskienė confirmed to BNS.

In her words, the helicopter would be needed for search and surveillance efforts after completion of rescue operations to prevent accidents amid the growing number of immigrant ships crossing the sea.

The government will consider this and other possibilities on Thursday when EU leaders gather in an extraordinary meeting in Brussels to discuss ways of solving the problems caused by the migration flows from Africa and the disasters that claim thousands of lives in the Mediterranean Sea.

"The EU resources for rescue operations are depleting, therefore, we have to search for other ways of contribution. We will decide on the Lithuanian contribution at the government's next meeting," the prime minister said in the press release.

Lithuania's Foreign Minister Linas Linkevičius said on Wednesday that hosting refugees in Lithuania is another possibility under discussion.

"We already have the practice in Lithuania – in 2006 and in 2011 we hosted a certain small number of refugees from Malta. All options are to be discussed, and I cannot give a specific answer, only a general idea and I am convinced that we should indeed share the burden that currently falls upon a small number of countries, mainly Italy. As I have already said, equipment and experts is already a more feasible thing we will do," Linkevičius told a Vilnius news conference.

He added that refugee migration will be a priority issue during the Lithuanian presidency of the United Nations Security Council in May.

Lithuania is ready to step up its involvement in migrant rescue missions and provide humanitarian aid...

Lithuania will look for ways to contribute to the EU and the international community's efforts to...