BNS
aA
The Lithuanian government supports a proposal to ban by law the sale of goods designed to promote war and a positive attitude toward aggression against other states. 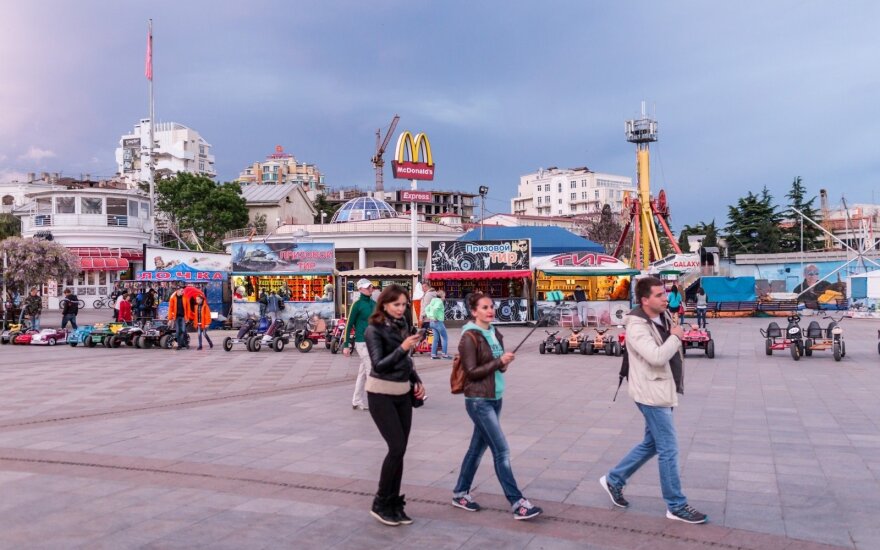 The ban is envisaged in amendments to the Law on Consumer Protection that have been drafted by the Economy Ministry.

Nerijus Rudaitis, chancellor of the ministry, told members of the Cabinet on Wednesday that the amendments are aimed at starting to regulate trade in goods that promote or are designed to promote war, etc.

"The State Consumer Rights Protection Authority is authorized to oblige the seller to remove such products from the market," he said.

The Cabinet approved the proposals, but decided that the wording of the amendments needs to be clarified.

The Economy Ministry says that products that are not compatible with the interests of the state have started to appear on the shelves recently.

"For example, children's toys featuring moments of the annexation of Crimea and implying a positive attitude to such actions of occupation have been found in the market, or souvenir magnets that have images of Lithuanian cities on them but the packaging says that this is the Russian Federation, etc.," the ministry said in a comment to BNS

"The proposed regulation is aimed at preventing countries unfriendly to Lithuania from using such means for misinformation and information warfare purposes," it added.