BNS
aA
The Government of Lithuania on Wednesday backed an initiative by a group of lawmakers to call a referendum on dual citizenship alongside general elections next year. But the Cabinet also suggests a different formulation for the question to be put for the vote. 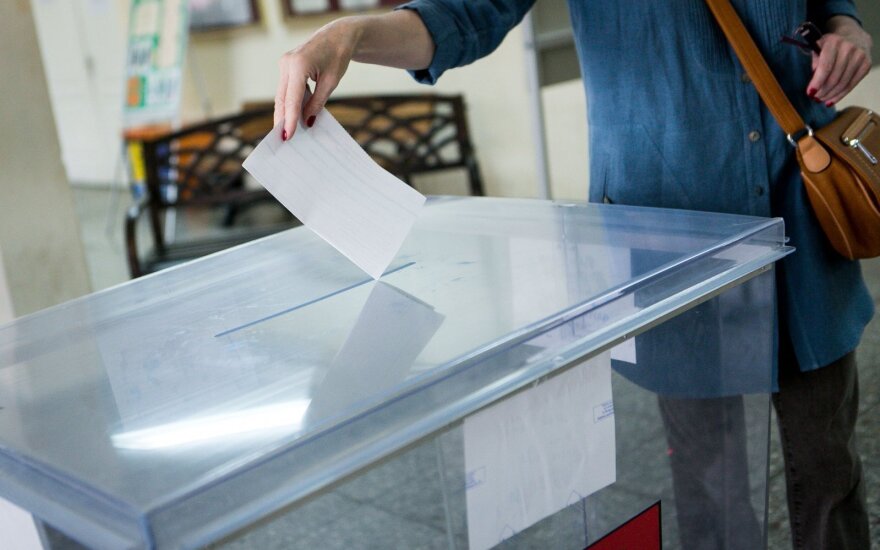 The Seimas of Lithuania has already begun deliberating a proposal by the opposition Liberal Movement to remove the constitutional provision stating that "with the exception of individual cases provided for by law, no one may be a citizen of both the Republic of Lithuania and another state at the same time".

Explaining this provision, the Constitution Court of Lithuania has said that it forbids persons who left Lithuania after 1990 and acquired citizenship of foreign countries to retain Lithuanian citizenship.

The government said in its conclusion, drafted by the Ministry of Justice, on Wednesday that following the removal of the mentioned constitutional provision, "it would be unclear whether the law would in general define dual citizenship cases".

According to the ministry, it could then be considered as the abolition of the general ban to have dual citizenship, which would allow the Seimas to remove all restrictions on dual citizenship.

"Our proposed formulation prioritizes preservation of citizenship of the Republic of Lithuania for citizens who emigrated and their children to allow them to preserve the hope to return," Justice Minister Juozas Bernatonis said.

Existing legislation in Lithuania allows dual citizenship only for citizens who left the country during the Soviet occupation period (1940-1990) and their descendants, but not for people who emigrated after Lithuania restored its independence.

Those in favour of liberalization say dual citizenship should be legalized in Lithuania to keep expatriates' ties with Lithuania.

Critics say, however, that citizens must be loyal to one country only and are also concerned that members of ethnic minorities in Lithuania might seek citizenship of foreign countries and that Russia might take advantage of that.

Under the existing law, a constitutional amendment is deemed adopted if half of all voters vote in favour.

Lithuanians living abroad support the proposal to introduce the Lithuanian Card, aimed at...

World Lithuanian Community leader: Lithuania was a different country when I left (2)

Lithuania has recently commemorated 25 years of freedom. A member of multiple international...

Lithuania might be getting to something big: dual citizenship e-referendum

Russia's Vladimir Putin may have just done favour for Lithuania with his sardonic remark on “fewer...

Lithuanian diaspora leader: We agree to referendum on citizenship on 3 conditions