BNS, DELFI
aA
Agents from Lithuania's Special Investigation Service (STT) on Tuesday searched the headquarters of the country's ruling Order and Justice party and arrested five individuals, including former adviser and deputy to the minister of the interior. 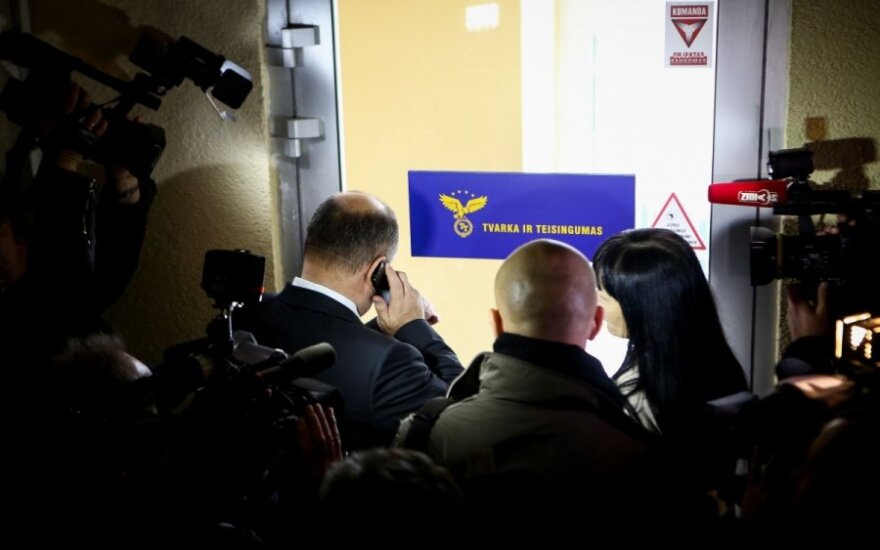 The team of minister Dailis Alfonsas Barakauskas, of the Order and Justice party, until recently included vice minister Algimantas Juocevičius and adviser Ervinas Raistenskis. The first vice-minister was sacked after being put on the STT's blacklist, and the second is now working as deputy director of the Property Management and Maintenance Department under the Ministry of the Interior.

Searches were also carried out at the homes of executives of three companies, the service said. The moves were part of an ongoing investigation into alleged corruption.

The party's leader Rolandas Paksas, who is currently in Strasbourg, told BNS he had no information on what is happening at the party's headquarters in Vilnius.

Sources tell DELFI that the service is interested in the party's finances.

Elena Martinonienė, spokeswoman for the Prosecutor General's Office, informs DELFI that an investigation into the Order and Justice party has been opened quite some time ago amidst suspicions of grave corruption crimes.

"To my knowledge, it is a long-lasting preliminary investigation into corruption. Into suspected large-scale trade in influence by an organized group," she said, adding she did not know if the STT was interested in the party's bookkeeping.

The probe carried out by the Lithuanian Special Investigation Service and the Prosecutor General's Office has to do with public procurement at the Interior Ministry, deputy prosecutor general Darius Raulušaitis said.

Speaking at a news conference on Tuesday, he confirmed that a dozen of searches were carried out and five individuals were detained, including former adviser to the interior minister Ervinas Raistenskis and former vice-minister Algimantas Juocevičius.

In Raulušaitis' words, the investigation is into "large-scale trade aiming to influence a few counts of public procurement carried out at the Interior Ministry over the past years".

The officers refused to reveal whether the investigation included evidence of unlawful operations by Barakauskas, the interior minister.