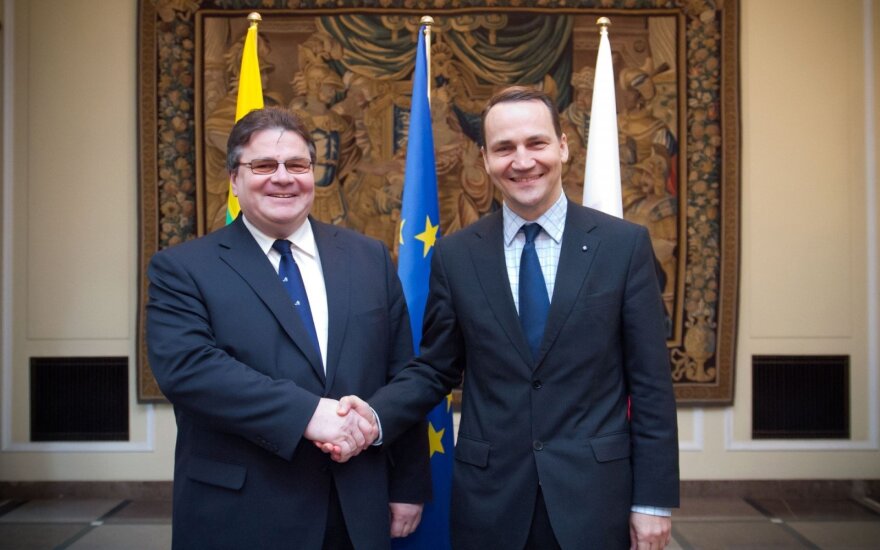 In an interview to Žinių Radijas news radio, Linkevičius said that the words stated by former Polish diplomacy chief Radosław Sikorski in a private conversation "were not far from reality " in light of communication with some Polish politicians at the time.

"This is also a warning for others that they should be more realistic about the situation. This may discipline the thinking and actions of these people – I believe it makes sense and I also see possible positive effects on the evolution (of our relations)," said the Lithuanian foreign minister.

"I believe the leaks are a very serious warning for those who imagine that relations between countries can be based on the sizes of the countries, as it was in this case, and that only the interests that have power should be taken into consideration (...). The sad fact is that then administration and some of its representatives – I really do not want to generalize – viewed Lithuania without sincerity, and the relations that we developed with such difficulty, are still making progress, however, without the efforts of these politicians," he added.

Poland's tvp.info news portal published a fragment of a secret recording of a conversation where Poland's former foreign minister, Sikorski, told Orlen CEO Jacek Krawiec he wanted "to teach Lithuanians a lesson." In the conversation filled with foul language, the former Polish diplomacy chief dubbed Lithuania "a tiny country." According to earlier reports, Sikorski's conversations were secretly recorded during private meetings in Warsaw restaurants in 2013 and 2014.

Images of the Gate of Dawn , a church in Vilnius, should not be used in the new Polish passports,...

Soldiers of Lithuania and Poland will celebrate an anniversary of the victory in the Battle of...

The Lithuanian parliament on Tuesday adopted a resolution that calls for continuing and expanding the...