Xinhua
aA
Šarūnas Marčiulionis, one of the Lithuanian basketball legends, is to run for a seat in the European Parliament with Lithuanian Farmers and Greens Union (LVZS), the party announced last week. 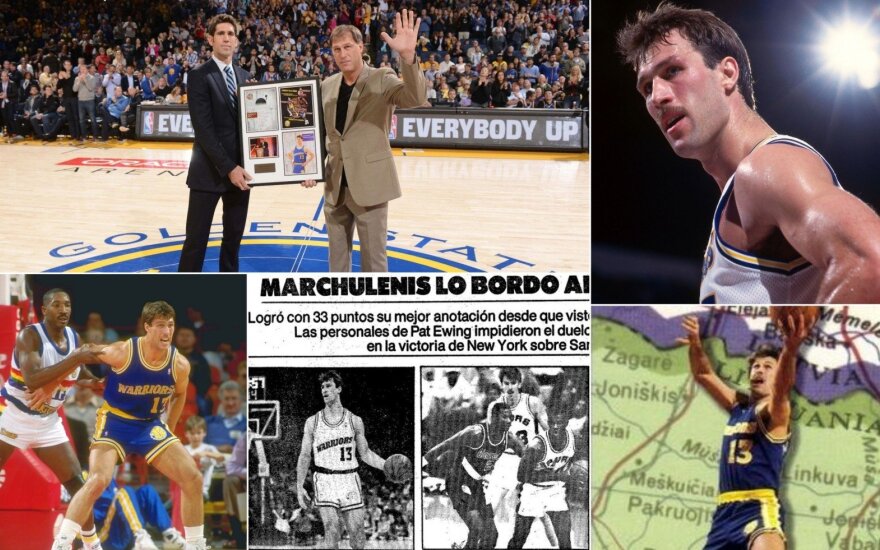 "I'm sure that personalities of that kind joining politics is very beneficial to Lithuania," Karbauskis told journalists.

Marčiulionis says Lithuania should be represented by people having more prominent voice in the European Parliament.

"The majority of politicians completing their term in the European Parliament are just the passengers of the lost train," Marčiulionis said in his open letter to the members of LVZS.

"Even though they had all the chances, they weren't capable of representing the country's interests," said Marčiulionis in the letter.

Before joining the race for seat in the European Parliament, Marčiulionis wasn't involved in politics.
Being the first Soviet player in the NBA, Marčiulionis had played for Golden State Warriors, Seattle SuperSonics, Sacramento Kings and Denver Nuggets from 1989 to 1997.

After finishing his basketball career, Marčiulionis established the first private basketball school in Lithuania and the country's National basketball league and was its first president.
The European Parliament elections in Lithuania will be held on May 26 this year.

Vidas Rachlevičius. Bells are ringing for Europe, but people hear them differently

With the European Parliament (EP) elections nearing in Europe and Lithuania, the famous investor and...