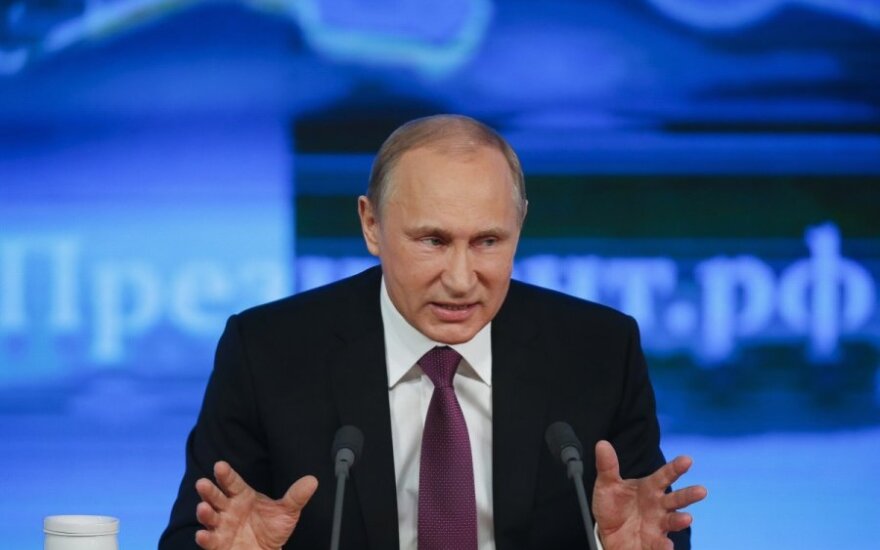 Linkevičius has emphasized that NATO is open but has strict criteria for new members.

"The word 'enlargement' is expansive and creates an image of NATO expanding its territory by force and engaging in some sort of expansion, which is in principle wrong. You know how difficult it is to get into NATO. Some countries, such as Macedonia, have been knocking on the open door for a decade and it is still unclear how long it will take for it to achieve the goal. Other candidates also have problems," said the minister.

He stressed that, under international agreements that Russia also supported, countries are free to choose alliances, and Europe respects that, unlike Russia.

"Let's say, Armenia changed its mind and decided to go to the Customs Union rather than the European Union. We did not send in our troops, there were no little green men there. We communicate with Armenia in a very respectful way," said the minister.

On Thursday, Putin said that Russia's strict position on Ukraine "should make our partners understand that the most correct path is to stop building walls and start building a common humanitarian space, a security space, and economic freedom".

"Didn’t they tell us after the fall of the Berlin Wall that there will be no NATO expansion to the East? Yet it started immediately after that. Two waves of NATO expansion. Isn't that a wall?" said Putin.