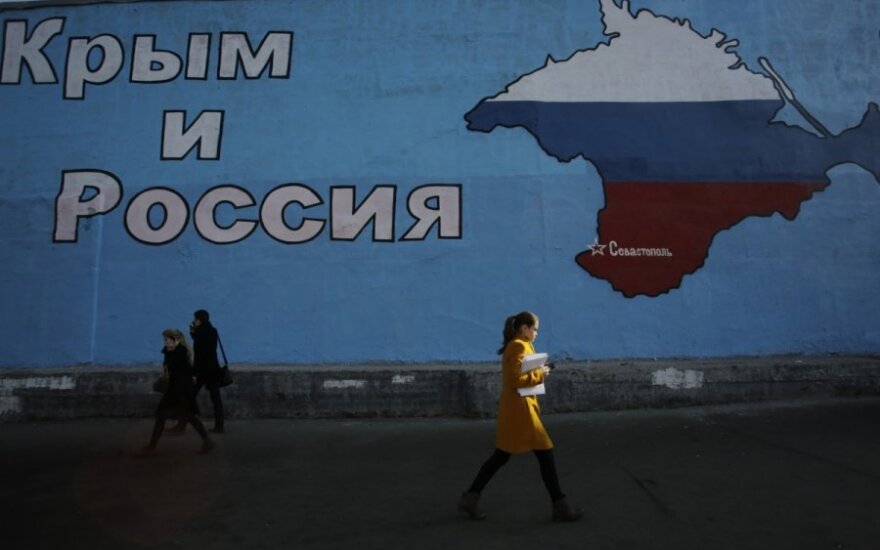 According to the press release, the Russian Federation's military aggression launched a year ago in Ukraine's Autonomous Republic of Crimea and now continuing in eastern Ukraine, is "a blatant violation of international law" including the UN Charter, the Helsinki Final Act, the 1994 Budapest Memorandum and other international agreements, as well as Russian and Ukrainian bilateral agreements.

"Such targeted military actions not only break bilateral and multilateral agreements on Ukraine's sovereignty and territorial integrity assurance, but also pose a threat to the security and stability throughout Europe," said the ministry.

Lithuania, which shares close historical connections with the Tatar community and fosters Tatar rights and freedoms in its territory, has also strongly condemned the systematic human rights violations, in particular in respect of the Crimean Tatars, in the illegally annexed Ukraine's Autonomous Republic of Crimea.

"We express our concern at the increase of restrictions of the media in Crimea. We urge to allow the UN High Commissioner for Human Rights monitoring mission in Crimea to objectively assess the human rights violations by the occupying authorities. Once again, we call on the Russian Federation to cease the illegal annexation of the Ukraine's Autonomous Republic of Crimea and withdraw its military forces from the territory of Ukraine, comply with international law and respect human rights."

On 27 February last year, the first governmental building in the Autonomous Republic of Crimea was seized in the Crimean peninsula. Less than a month later, a referendum was held without participation of international observers and later condemned by the international community that subsequently led to the annexation of Crimea.

In April 2014, a war between Ukraine's governmental forces and Russia-supported separatists broke out in eastern Ukraine, claiming about 5,700 lives so far, according to data provided by the UN.