the Lithuania Tribune
aA
The Ministry of Foreign Affairs of Lithuania has issued a statement on the situation in Ukraine. The Ministry abhors violence unleashed in the eastern regions of the country and criticizes Russia for failing to de-escalate the situation. Moreover, Lithuania pledges to provide humanitarian aid to the neighbouring country which has been in political upheaval since last December. 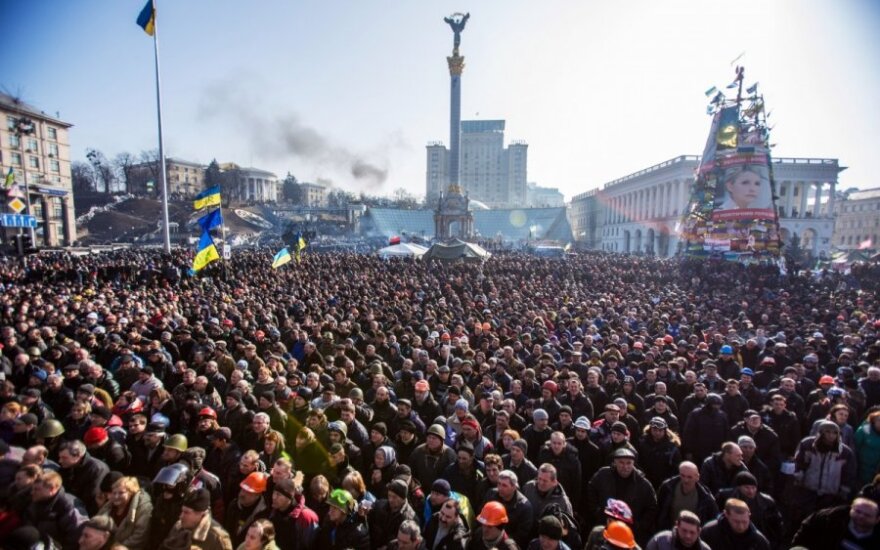 "Increasing numbers of victims among the civilian population in eastern Ukraine raise particular concerns," reads the statememt. "We express our condolences to the relatives of the victims and wish those who were injured a speedy recovery. The responsibility for deaths and injuries among the civilian population, including children, rests with the armed separatists whose actions undermine the territorial integrity, sovereignty and independence of Ukraine, causing pain for peaceful Ukrainian citizens.

"We regret that the Russian Federation does not take decisive actions to prevent supplies of weapons and armed groups of terrorists from entering the territory of Ukraine from Russia. Russia has continued to build up troops along its border with Ukraine and reports of military movements taken by Russia in Ukraine are received every day. In particular we are concerned about Ukraine’s reports that the terrorists prepare in the territory of Russia.

"We once again urge the Russian Federation to strongly distance itself from any kind of direct or indirect support of the separatists and to collaborate with the State Border Guard Service of Ukraine to ensure the security of the Russian-Ukrainian border and to prevent weapons and armed terrorists from entering the territory of Ukraine. We call on Russia to constructively cooperate in the implementation of the peace plan put forward by the President of Ukraine aimed to stop the months-long violence, as well as deaths of people in eastern Ukraine.

"We note that prohibiting the Ukrainian citizens detained in the Russian Federation – pilot Nadiya Savchenko and film director Oleg Sentsov – from meeting with their country’s consular officer is a serious violation of international law. We condemn the unlawful detention of the Ukrainian citizens and urge the Russian Federation to respect norms of international law and to immediately ensure that these persons can exercise their rights provided under international agreements.

"We support Ukraine’s sovereignty and territorial integrity, condemn the illegal annexation of Crimea and express concern over human rights violations in Crimea. We demand to allow international observers free access to Crimea.

"Lithuania is ready to provide humanitarian aid to Ukraine and, by all means, to contribute to peace and stability in Ukraine."

Four Ukrainian troops who were injured in eastern Ukraine , where the Ukrainian army is carrying out...

While Ukraine is spreading joyful news about liberating settlements during new anti-terrorist...