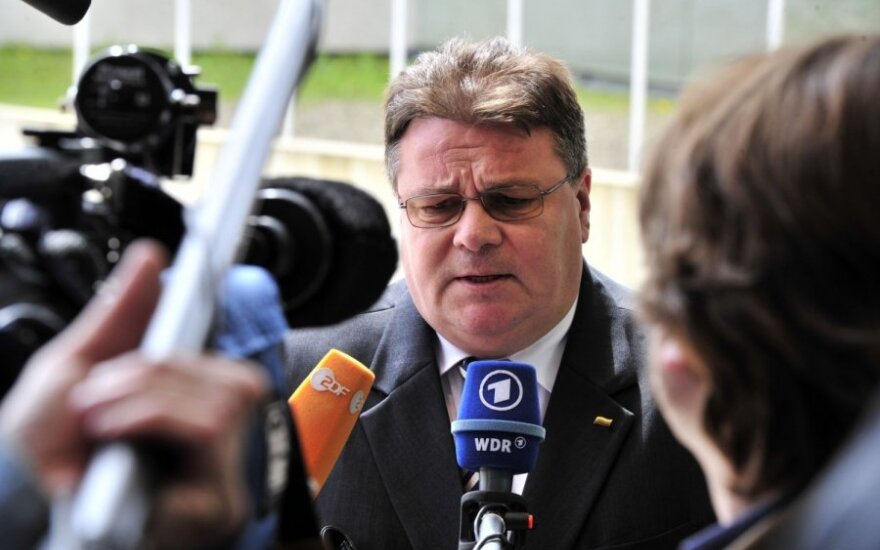 "We once again discussed the latest security and economic information with the (foreign – BNS) minister and prime minister, and also in what ways the European Union could help. That's what the conversation was about. They have no illusions and see the reality but they also underline that they hope the European Union will be consistent. Of course, support is also very important for the Ukrainian government, but they also hope for certain pressure measures on Russia," Linkevičius told BNS by phone from Kiev after a meeting with Ukrainian Prime Minister Arseniy Yatsenyuk.

"They hope for our consistent stance and support in all areas, including economic, financial, political and, I will add, military. They really need that support as it's really difficult for all of them to fight for their country, for their sovereignty and also fight external aggression," the Lithuanian foreign minister said.

In Linkevičius' words, Ukraine has to not only fight external aggression but also solve internal economic, corruption-related and other problems.

"Naturally, it's difficult to resolve these problems when a war is going on. And in this case not only our solidarity but also specific support is very important," the minister added.

Linkevičius also hopes decisions on further application of sanctions and even their tightening will be made during Thursday's meeting of EU foreign ministers.

"I hope that will happen as we have agreed that if the situation worsens, we will continue with the sanctions, the pool of which is not empty yet. Even speaking about people who are banned from entering the Schengen Area, and also sectoral sanctions, we need to review possibilities for their expansion. This is our goal for tomorrow. (…) I see the potential to impose additional pressure measures, we have agreed on that. Our position is absolutely consistent and clear and I know that the position of some of our colleagues is the same," the Lithuanian foreign minister said.

Lithuanian foreign minister: Attack in Mariupol is terrorism and Russia should take responsibility

Russia should take responsibility for the Mariupol attack that claimed civilian lives, Lithuania's...