BNS
Ukraine could use international leverage and provided support better, Lithuanian Minister of Foreign Affairs Linas Linkevičius said ahead of his visit to Kiev on Friday. 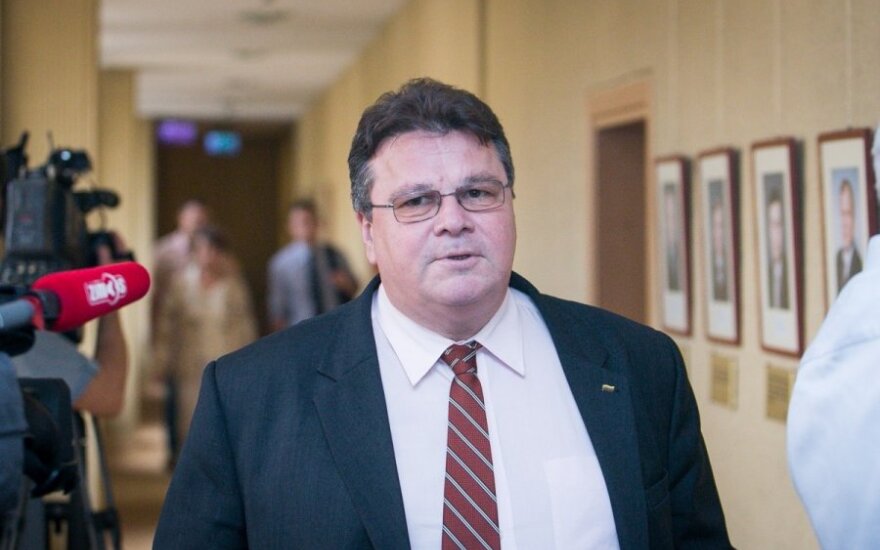 "I think the Ukrainians are not using the international leverage that they could use. There are many loopholes we could point out, and we really want to help them. When we speak about support, not only of Germany but of the whole European Union, financial aid from international institutions, it’s very important, but absorbing that aid is just as important. Practical capabilities, absorption effectiveness are also important. The economic situation is not a secondary matter, either, it needs parallel solutions," the minister told the national radio LRT on Friday.

Linkevičius also cited Ukrainian President Petro Poroshenko who said once that a war was not a reason to stop reforms, but that it was very difficult to implement them in such an extraordinary situation.

The Lithuanian foreign minister also called German Chancellor Angela Merkel's upcoming visit to Ukraine on Saturday a significant event and said that with this visit Germany shows that "Ukraine's problems are a priority".

Moreover, Linkevičius added his ministry plans to send a person who would help the Ukrainian government "on European integration and economic issues", and humanitarian aid from Lithuania should also reach Ukraine soon.

Linkevičius is going for a one-day visit to Ukraine on Friday and is scheduled to meet with his Ukrainian counterpart and other government officials and discus the existing situation in Ukraine, Lithuania and the EU's support, and the coordination of diplomatic actions during the upcoming EU, NATO and UN meetings.

European Parliament member Artis Pabriks (Unity) is visiting Vilnius on Thursday to participate in a...

Residents in the Russian speaking city of Donetsk in eastern Ukraine survey the damages after the...

The babies are blissfully unaware, but the basement of a maternity hospital in the eastern Ukrainian...

Withstanding Russia 's aggression, Ukraine is not only defending itself but is also defending the...