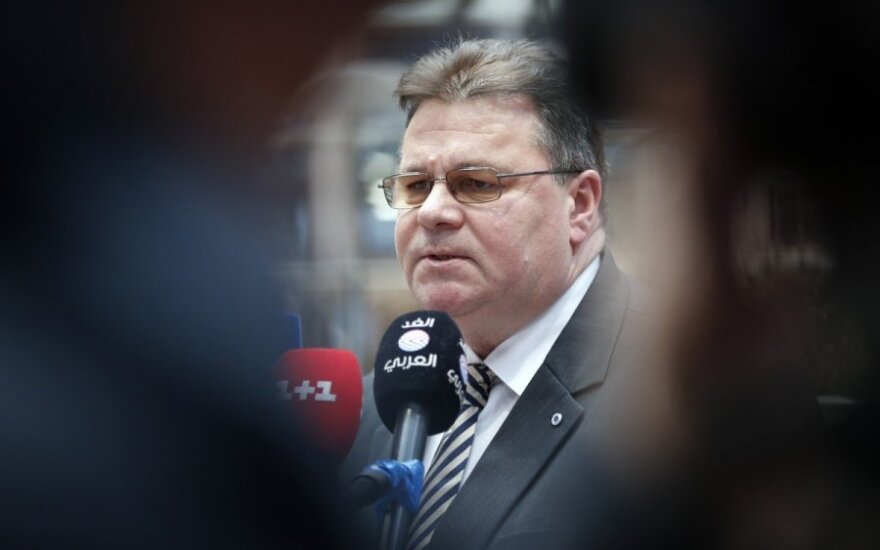 "The decision was made without discussions (…). It shows that we can be united and make necessary decisions in critical moments," Linkevičius told BNS by phone from Luxembourg.

The extension of the existing economic sanctions until the end of January, 2016 is aimed at convincing Moscow to implement the Minsk agreement on a truce in Ukraine.

"These sanctions are very important for the economic sector as they limit access for Russia's major banks to long-term loans, prevent them from cooperating even with those companies which produce dual purpose goods. I would also pay attention to the restrictions to supply new technologies to the energy sector. In other words, every months of these sanctions being in place has a huge effect," the Lithuanian foreign minister said.

In his words, Russia is expected "to adjust its political course", although the implementation of the Minsk agreements "shows nothing positive, except for statements no one believes any more."

The EU is also due to agree in July on the extension of the existing sanctions against specific people, Linkevičius said.

"The individual sanctions expire in the middle of September, and I hope we'll extend them as well, if nothing changes. (…) I haven’t heard objections, so we'll see," the minister.

The EU imposed sanctions for Russia in response to its annexation of the Ukrainian region of Crimea and support of pro-Russian separatists in eastern Ukraine.

EU ambassadors were united on Wednesday when they agreed to extend the existing economic sanctions...