Lithuanian foreign minister: Nobody wants Russia's bankruptcy but Moscow must change its course 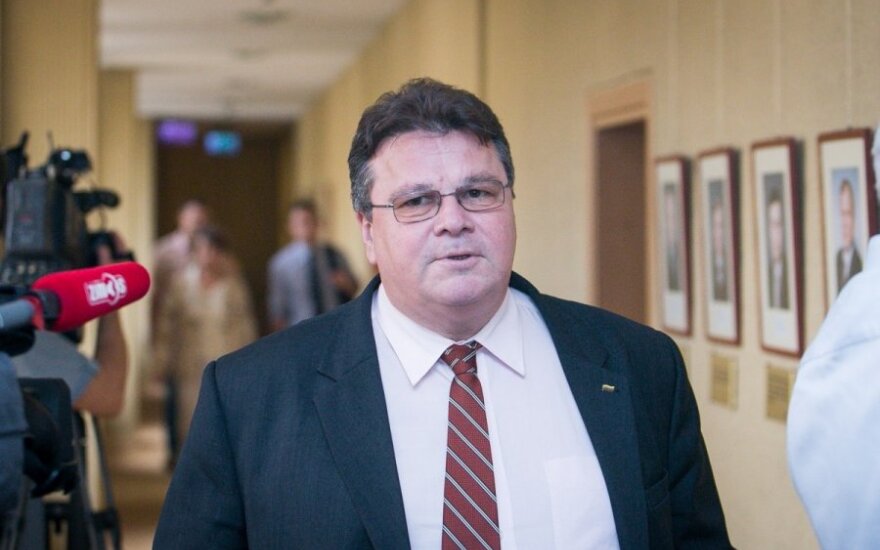 "There's nothing to be happy about, nobody wishes Russia to crash and nobody wants Russia to go bankrupt, however, Russia should think and maybe make major changes to its course," Linkevičius told the Žinių Radijas news radio on Wednesday.

In his words, Russia must stop supplying arms to separatists in eastern Ukraine and stop sending its troops there.

Linkevičius said he had so far seen no "constructive steps" on Russia's side, as mentioned by US Secretary of State John Kerry on Tuesday.

"Frankly, I do not see such steps. If Secretary Kerry sees them, he probably has more information in this respect," said the Lithuanian diplomacy chief.

In Linkevičius' words, primary concern of some Western politicians remains on allowing Russia's President Vladimir Putin "keep his face" rather than focus on Western values.

"There are voices whose worries are not about our credibility, our safety and our values but who are concerned about the aggressor keeping his face with an illusion that this may help stabilize the situation. Such voices exist, but they are not the prevalent opinion," said the minister.

US Secretary of State Kerry stated on Tuesday that Russia had taken constructive steps towards possible easing of tensions in Ukraine. A few hours later, the White House sent an opposite message by reporting that US President Barack Obama would sign a law approved by the Congress on tighter sanctions for Russia.

On Wednesday, the Kremlin said that Putin discussed the situation in Ukraine in telephone conversations with the leaders of Germany, France and Ukraine. Putin has not yet commented on the rouble crisis caused by the plummeting oil price and Western sanctions.