BNS
aA
Lithuania's Foreign Minister Linas Linkevičius said after meeting with Ukrainian leaders in Kiev on Thursday that intensive shootouts continue in Eastern Ukraine regardless of the ceasefire, urging to go on or step up the sanctions on Russia. 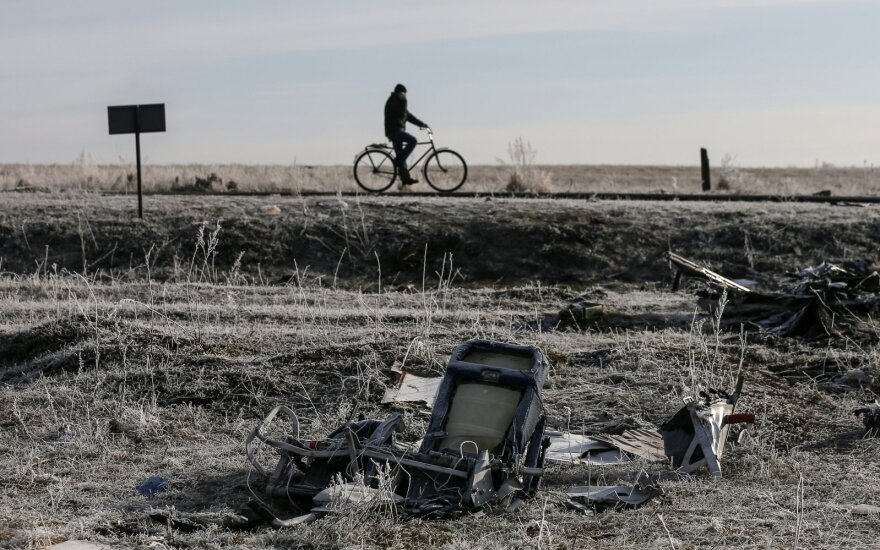 "The shooting is three times more frequent than it was after the last round of the Minsk (ceasefire negotiations)," Linkevičius told BNS in a telephone interview after meeting with Ukraine's President Petro Poroshenko.

"Two soldiers were again killed today, many were injured. The intensity is indeed high, and the statements about some deescalation is not true," said the minister.

On Thursday, Ukraine said that Russian-supported fighters had fired shots at the governmental forces 153 times, which was the biggest scale of military action since the February ceasefire.

According to the report, the clashes are about the road between the government-controlled Mariupol port and the city of Donetsk controlled by the separatists.

The separatists claim that one civilian has been killed in Donetsk during the shooting of governmental forces.

In Linkevičius' words, the clashes should be viewed as a signal to consider further sanctions on Moscow.

"All sanctions must be extended, and if the situation changes for the worse, they should be tightened. We know that the decisions are made by consensus, which is not easy to achieve," he added.

"It is a signal that we should take the measures of impact seriously, and we do not have very many alternatives. Without sanctions, we have no other ways of influencing this. Theoretically, there could be political isolation, which is also not the case due to possible inconsistency of some of our colleagues within the European Union," said Linkevičius.

He said the meeting with the Ukrainian president and Prime Minister Arseniy Yatsenyuk addressed the reforms underway in Ukraine, the support from Lithuania and the EU and the negotiations on visa-free travels.