Lithuanian foreign minister in Ukraine: Russian convoy is "a provocation"

BNS
aA
The entry of a Russian convoy into the territory of Ukraine is a provocation and a gross violation of international law, Lithuanian Minister of Foreign Affairs Linas Linkevičius said after meeting with Ukrainian President Petro Poroshenko in Kiev on Friday. 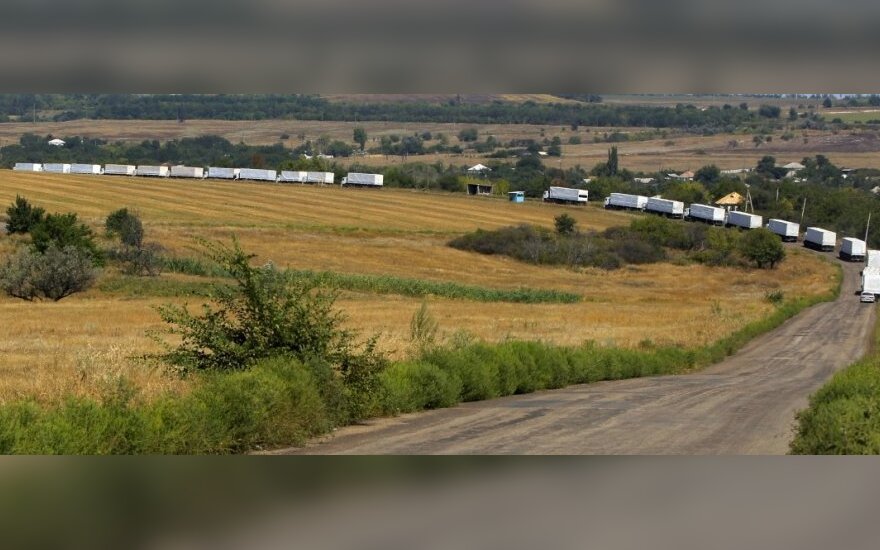 He added, however, that the Ukrainians do not plan to escalate the situation and will not attack the convoy.

"The Ukrainians are definitely not going to escalate the situation and attack this convoy but all this should be treated as a gross violation of international law. We talked about this as a complete provocation," Linkevičius told BNS by phone from Kiev following a conversation with Poroshenko.

Linkevičius said the entry of the Russian convoy was "a non-sanctioned and non-coordinated with the Ukrainians breakthrough through the border by the so-called humanitarian convoy."

"We've been talking about the humanitarian convoy for a long time, and everything is in fact the opposite as weapons and other type of assistance is being sent to terrorists," Linkevičius said, referring to Moscow's assistance to pro-Russian separatists in eastern Ukraine.

The Lithuanian foreign minister also said he spoke with the Ukrainian president about the arrival of a Lithuanian plane with humanitarian assistance soon and Lithuania's plans to send an expert to Ukraine to advise the government on implementing reforms and the country's association agreement with the European Union.

The Ukrainian president also told Linkevičius he planed to attend a meeting with Russian President Vladimir Putin and EU representatives in Minsk on Tuesday. "The president is ready to communicate, talk, although it's difficult to do so in the existing complex situation", Linkevičius said.

According to the minister, Poroshenko also thanked personally to Lithuanian President Dalia Grybauskaitė for her message of congratulation on Ukraine's upcoming Independence Day, recorded in Ukrainian.

Asked by BNS whether the Ukrainian president informed him about the planned early general elections, Linkevičius said: "He is about to announce the date soon, we'll learn it. Everything is happening according to the plan."