BNS
aA
Lithuanian Foreign Minister Linas Linkevičius said after arrival at the meeting of European Union's (EU) foreign ministers on Monday that the West would make a mistake by tiptoeing around Russia, saying that the possible US arms supply to Ukraine would be a sensible step. 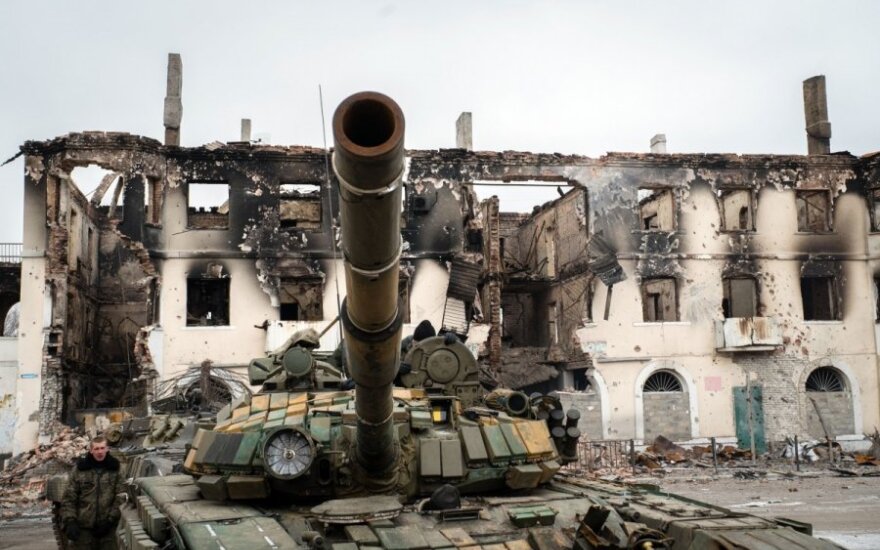 Speaking to journalists in Brussels, Linkevičius emphasized that everyone would want a diplomatic settlement of the crisis, adding: "We cannot trust a single word of the Russian leadership currently."

"We all expect there will be some agreement, some diplomatic solution, no one wants war. But we can judge only by developments on the ground," said the Lithuanian diplomacy chief.

Negotiations on peace in eastern Ukraine are scheduled to start in Minsk this Wednesday. They will involve German, French, Ukrainian and Russian leaders. Moreover, German Chancellor Angela Merkel will discuss the possible peace plan with US President Barack Obama in Washington on Monday.

In the Lithuanian minister's words, the Minsk talks can include "no appeasement to the aggressor".

Asked about the US consideration of supplying arms to Ukraine, Linkevičius said it would be “a logical step,” emphasizing that the decision has to be made by every individual country.

The individuals would be banned from coming to the EU and their assets would be frozen. The EU decided to update the blacklist in response to new attacks in eastern Ukraine.

Sweden's former prime minister and former foreign minister, Carl Bildt, warned on Monday that Russia may attempt to seize the strategic town of Debaltseve by Wednesday's meeting in Minsk.

"I think we should expect heavy Russian efforts to capture Debaltseve before the Wednesday meeting in Minsk. Establish facts on the ground," he said in his Twitter feed.