BNS
Lithuanian Minister of Foreign Affairs Linas Linkevičius hopes the existing sanctions against individual sectors of the Russian economy will be expanded. 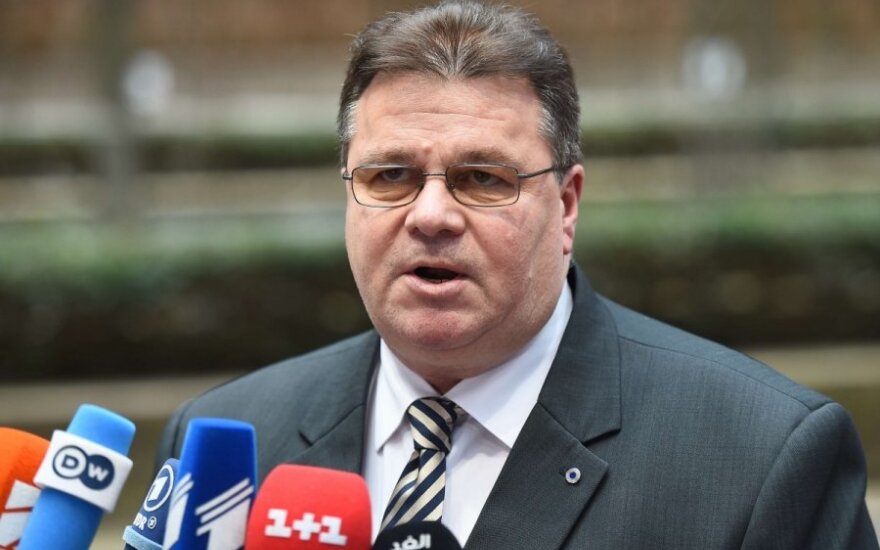 "The sanctions must stay definitely. We extended recently the sanctions that target individuals. I hope we will decide also the same way with the sectoral sanctions. It's the only way we can keep pressure and the pressure must be maintained," the minister told journalists ahead of Monday's meeting of EU foreign ministers in Brussels.

The EU and the United States imposed sanctions on individual Russian companies last summer after the Malaysia Airlines passenger plane MH17 was shot down over eastern Ukraine.

According to Linkevičius, truce in Ukraine has been violated, as over 60 shooting incidents take place there every day, and the withdrawal of heavy weaponry is doubtful.

"It was said many times (…). And we have more than 60 shootings per day. So it's difficult to say it's being respected. Also as we know it's very difficult to prove this withdrawal of heavy weapons because many signals are that they are just regrouping, repositioning," the Lithuanian foreign minister said.

The French, German, Russian and Ukrainian leaders agreed on a truce in Minsk in February but the deal has not been respected. The war between Ukrainian government forces and pro-Russian separatists has been raging since last April.

According to Linkevičius, a clear message must be sent ahead of the upcoming EU Eastern Partnership summit that the EU defends Eastern European countries' right to choose their own path.

"We have to send a very clear message, especially when Russia is trying to draw lines according to its own rules, not respecting international law, but according to its own rules, and redrawing the map of Europe. So we really have to stand firm, not just to respect the right to choose for Eastern partners the way they go, but also to defend their right to choose," Linkevičius said.