BNS
aA
The military attacks in Ukraine that claim civilian lives should be deemed terrorist attacks, Lithuania's Foreign Minister Linas Linkevičius says, adding that the European Union (EU) should tighten its sanctions on Russia following the latest attacks in Donetsk and Mariupol. 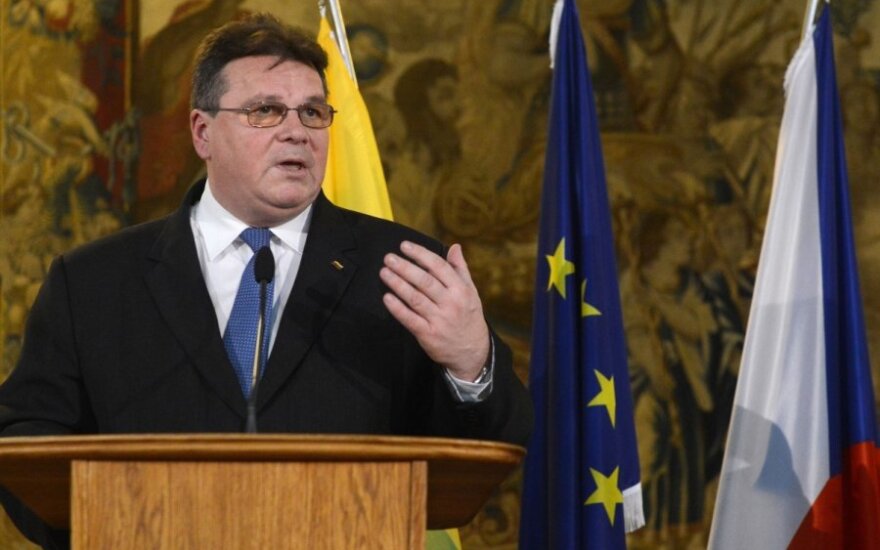 "The attacks killing civilians – now in Mariupol after the ones in Donetsk – should be referred to as terrorist attacks. They are the consequence of the actions, I want to emphasize on the Russian actions, and its irresponsible position that it held in the past. Even if we assume that the groups fully ignore the Russian instructions, it does not lessen the responsibility, as it is them that were supported, they had the political backing, they received the modern munitions from the Russian army and now we see the consequences," Linkevičius told BNS.

In his words, the EU should tighten the sanctions on Russia to curb further escalation of the developments in Ukraine.

"The European Union should perform the policies it committed itself to performing and further step up the sanctions. Of course, we should always talk but isolation should be one of the measures to change something in the situation and keep the course from continuing," said the foreign minister.

In Linkevičius' words, the Saturday's attack in the city of Mariupol showed that the conflict is Eastern Ukraine is not changing for the better.

"My impression is that the negotiations are used to win time and to further reinforce the groups, the terrorist groups," the Lithuanian diplomacy chief told BNS.

According to preliminary reports, 16 civilians were killed and another 83 were injured during the military attack in Mariupol on Saturday. Ukraine's administration maintains the attack was carried out by the enemies of the Ukrainian army, while representatives of the so-called Donetsk People's Republic have been denying the accusations.

A shell attack on a bus stop in Donetsk killed 13 people on Thursday, leaving dozens injured.

President Grybauskaitė: Russia is engaging in "territorial aggression" in Ukraine

There's evidence confirming that Russia is taking direct part in the ongoing military operation in...