aA
The European Union's decision to give Ukraine more time to fully implement a trade pact to assuage Russian pressure is a potentially dangerous step that leaves the gates open for Moscow to press for major changes to the deal, Lithuanian Foreign Minister Linas Linkevičius told The Wall Street Journal. 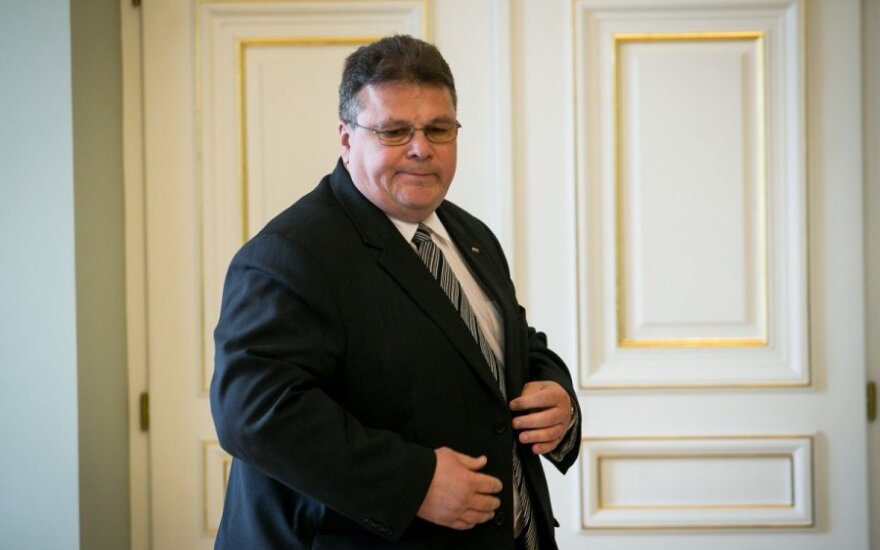 In an interview with the American daily, Linkevičius exposed what was until now private unease within the bloc over the September 12 compromise. That deal saw the EU give Ukraine until the end of 2015 to implement key parts of the bilateral trade and political pact. In return, Russia agreed not to retaliate against Kiev for ratifying the agreement.

Russia, which has fiercely opposed the EU-Ukraine pact, has since pressed further demands on Brussels and Kiev, including seeking changes to the substance of the accord. The EU has insisted it won't make any changes to the agreement text, which has already been signed and ratified by the two sides and a number of European capitals.

Mr. Linkevičius said Lithuania, which is among the most critical of Russia within the 28-nation bloc, was taken by surprise by the EU decision and learned about it from the press.

"It was I believe tactically and strategically not a very right step," Linkevicius said. "Any concessions won't lead to concessions from the other side… It will lead to continuous pressure," he said.

EU officials have said they offered the compromise to relieve pressure on Ukrainian President Petro Poroshenko, who feared Russian trade — and possibly military — retaliation. The deal was struck as the Ukrainian leader was negotiating with Moscow a broader cease fire to quell Kiev's fight with pro-Russian rebels in eastern Ukraine.

Linkevičius said he remained concerned the compromise would lead to "a review of the Association Agreement substance because the gates are open for that now. I believe it should not be done."

It is too early to lift the existing sanctions on Russia , Lithuanian Minister of Foreign Affairs...