Lithuanian foreign minister disagrees with US and EU praise for Moscow

BNS
aA
Lithuanian Minister of Foreign Affairs Linas Linkevičius said on Thursday he sees no positive steps by Russia in resolving the Ukrainian crisis, adding that there are no grounds for lifting the existing sanctions. 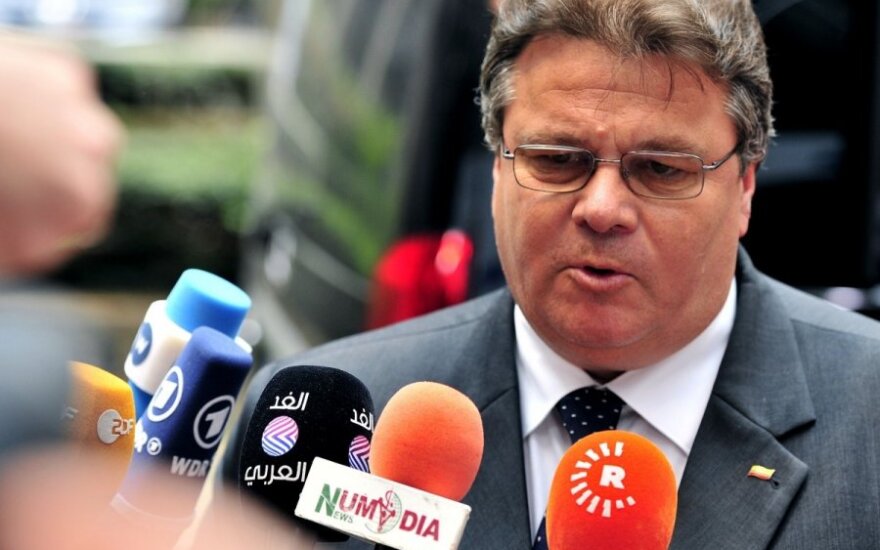 His comments come in response to the recent cautiously-worded comments by US Secretary of State and EU foreign policy chief Federica Mogherini on progress made by Moscow.

"Despite certain comments, I don’t really see, we don’t have that information, to be able to conclude that the situation is improving," Linkevičius told journalists in Vilnius.

In his words, some changes can be seen Russia's rhetoric but they cannot be given a lot of prominence, taking into consideration Moscow's previous failures to keep promises.

"I wouldn’t really draw conclusions from the rhetoric that the situation is improving or political will is appearing. We want to clearly see that happening. At the end of the day, we want to see that Russia acknowledges that it is taking part in the conflict, has forces in the Ukrainian territory and is providing logistics support to those forces," the Lithuanian foreign minister said. "Since it's not the case, I don’t see the reason why the sanctions should be lifted."

Meanwhile, the US secretary of state said on Tuesday that "Russia has made constructive moves in recent days" and that the existing sanctions could be lifted "in a matter of weeks or days", depending on Russia's actions.

The existing EU sanctions against Russia are set to remain in place until the end of the next year. To lift or extend them, the approval of all EU member states is needed.