(1)
BNS
aA
Greece could learn from Lithuania how to implement reforms during the crisis instead of focusing on getting external support, Finance Minister Rimantas Šadžius said on Friday as he arrived at the Eurogroup’s meeting in Riga. 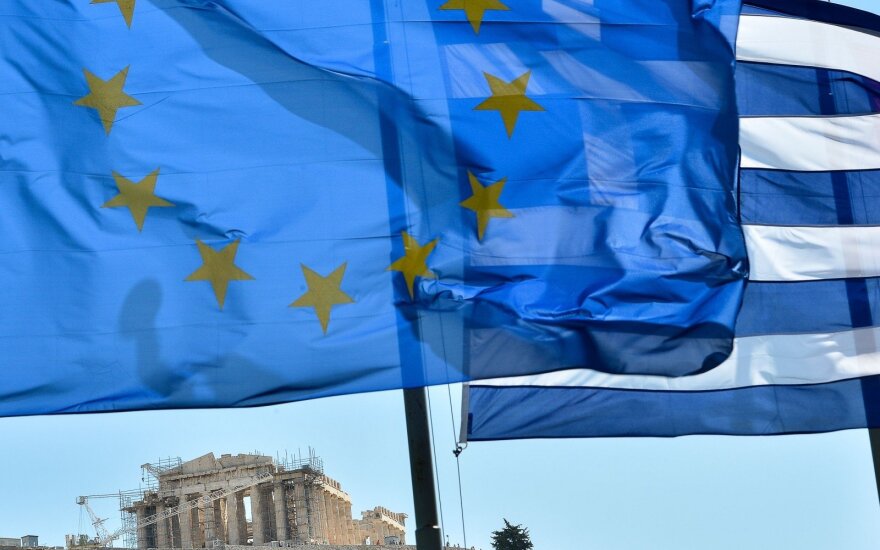 “Of course, there are some analogies that could be seen with Greece. We had a very difficult situation in 2009 when our tax revenue fell by one-third because of the financial crisis. And we managed to go through these difficulties without external help, without applying to institutions,” he told the reporters, referring to the International Monetary Fund (IMF) and the European Union’s (EU) institutions, which want Greece to implement reforms in exchange for new loans.

Šadžius admitted that the cost of borrowing during the crisis had been high for Lithuania. He added, however, that those loans had already been paid back and now the borrowing costs for the country were much lower. In 2009, Lithuania’s economy shrank by nearly 15 percent.

“That’s why I wish to all the countries in trouble the best success to do their internal reforms and not to rely only on external help,” the Lithuanian minister said.

He added that Greece’s negotiations with creditors “are speeding up but this is not enough for decisions to be taken”.

Šadžius also said that Greece’s exit from the euro area was "not an option”.

Euro area’s finance ministers are meeting in Riga on Friday with Greece being at the top of the agenda. Just a few weeks ago, this was considered the deadline for a deal, but it is no longer expected that Greece will get a final bailout agreement at this meeting.

Greece, which may soon run out of money, remains locked in a stand-off with its creditors over the reforms. Failure to obtain more funds would trigger Athens’ default and, possibly, Greece’s exit from the euro area.