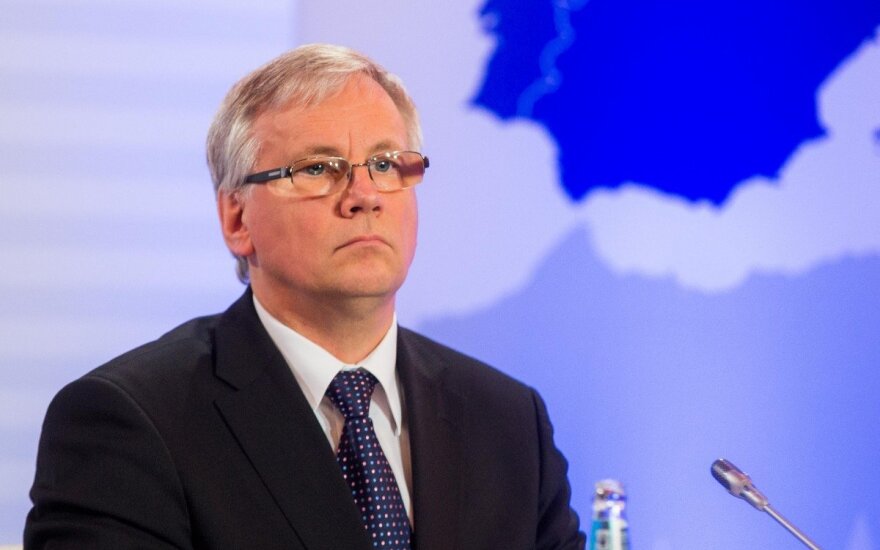 Lithuania, which joined the single currency last January, would for the first time take part in a bailout of another EU member state.

"The Greek government is going to request assistance from the European Stability Mechanism, but this request was not submitted in written form. Apparently, it will come in the coming hours," the minister told LRT Radio.

Lithuania last February transferred its first 65.44-million-euro tranche to the ESM, with a total of 327.2 million euros to be contributed over five years.

The ESM was founded in October 2012 as a permanent crisis resolution mechanism for the eurozone's member states in financial difficulty, with a maximum lending capacity of 500 billion euros.

Greece's exit from the eurozone would be "a black scenario", Lithuanian Finance Minister Šadžius said on Wednesday morning.

"The European Commission president said last night that the Commission had a concrete plan of measures for carrying out the so-called Grexit, which I think, would be a really black scenario. A black scenario is Greece leaving the eurozone and then taking care of its economy on its own and, possibly, introducing its temporary currency," he said on LRT Radio.

According to the minister, Athens has until Thursday to come up with a list of reforms that will be then discussed by eurozone finance ministers and EU leaders, Sadzius said.

"They have to put forward a list of reforms by Thursday. That list would be analyzed by the lenders -- the European Commission and the European Central Bank, and the International Monetary Fund would likely join them -- by Saturday. Eurozone finance ministers would discuss (Greece's proposals) on Saturday and if agreement is reached, perhaps a meeting of the European Council would not be needed, but if no agreement is reached, the leaders of 28 countries would make decisions what steps to take," he said.

European leaders on Tuesday gave Athens until Sunday to reach a new agreement on a financial support program and avoid leaving the single currency.