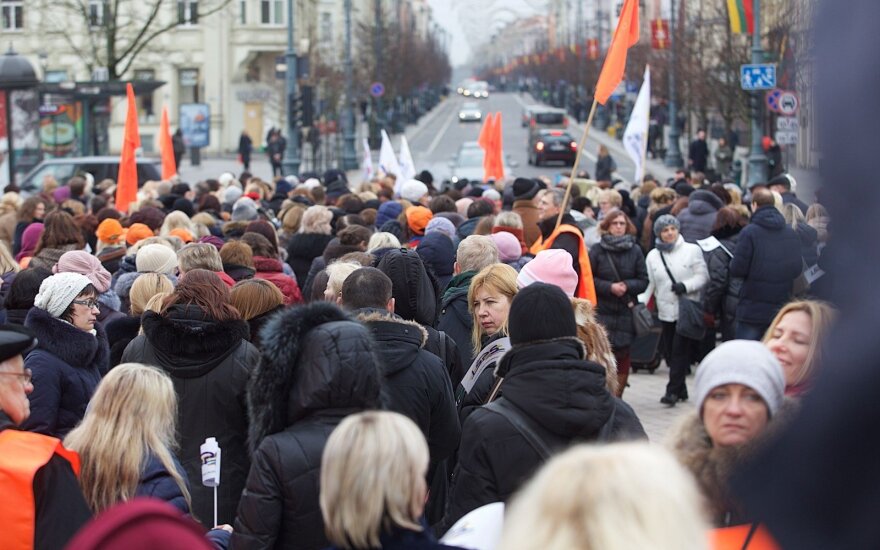 The newly adopted labour code allows employers to essentially lock out striking employees, allowing to temporarily fire striking workers and replace them or compensate by increasing workloads on other employees.

While employers say strikes will still be possible, employees and unions believe that the new ruling will effectively remove the possibility to strike as employees will fear losing their jobs.

“No other country in the world has such conditions. This will stop any attempt to strike and to demand for our rights,” said Švyturys-Utenos beer trade union council chairman Raimondas Tamošauskas.

“But in Europe lockout applies when an employer wants to stop production during a strike as it is not profitable. It is normal. But in Lithuania lockout will allow the firing of strikers. Do you see the difference?” said Tamošauskas.

“It will be impossible to legally declare a strike because the organizers will immediately lose their jobs. Most strikes will become meaningless because the employer will replace the employees with others. There will be even more fear to strike,” said Tamošauskas.

“If the workers have the right to strike, employers have to have the same rights,” said the head of Lithuanian Business Confederation Valdas Sutkus.

There were 242 strikes in the first quarter of this year in Lithuania. It is a record for Lithuania with last year during the whole year there were 296 strikes, but for many years there has not been a single strike.