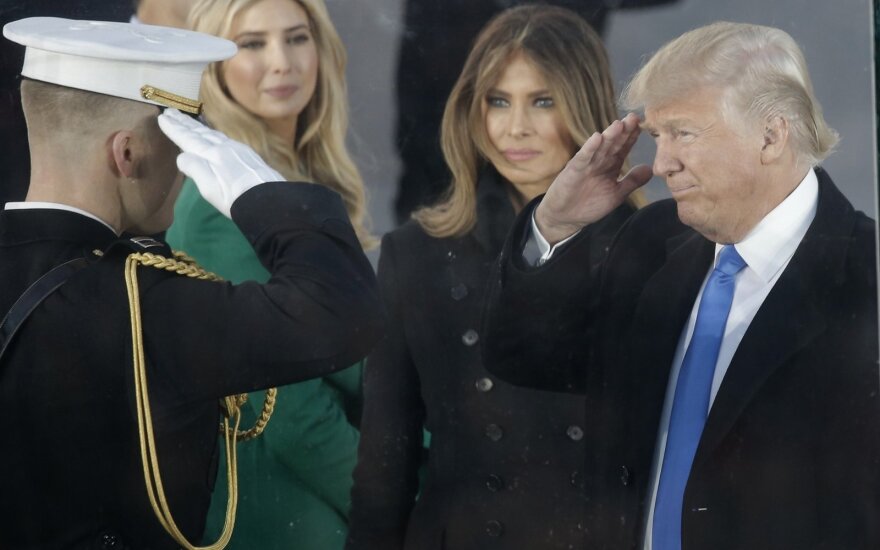 After the Republican steps into the White House, financial markets may in the short term incur negative effects from political uncertainty. Experts in Lithuania have advised keeping an eye on the US dollar exchange rate, as a stronger US dollar-euro rate could promote exports to the US.

Tadas Povilauskas, senior analyst at SEB bank, says that the uncertainty may last for the first few months of Trump's term in office, until he presents more detailed plans.

Related articles
With protest against Trump rippling across globe, support is expressed in Vilnius  (2)
President Trump's ally Giuliani may come to Lithuania in spring - ForMin

"From what has been said and declared it is difficult to decide whether there will be protectionist policies against the main trade partners, for instance, China. There are many unknown factors, and Trump is bringing much confusion to financial markets and economies – the uncertainty will last for the first months after his election. The high level of uncertainty is not helpful, however, does not have a direct impact upon Lithuania," Povilauskas told BNS Lithuania.

"Speaking about direct effects upon Lithuania, there will be no major shock immediately after the inauguration, quite some time will pass until he launches the long-promised political actions. The indirect impact that will start right away will be the uncertainty, as it may influence business expectations in Lithuania, Europe and the world. When we have political uncertainty, companies rethink their business plans more than once, twice or three times," Stankevičius told BNS on Friday.

Trump has pledged to recognize China as currency manipulator and slam high tariffs on imported goods, as well as revise trade agreements.

Swedbank analyst Nerijus Mačiulis says that in the worst-case scenario, Trump could trigger trade wars with China and thus push the world economy closer to a recession.

After consolidation since 2014, the US dollar has lately allowed Lithuanian exporters to raise flows of commodities to the US. Povilauskas said US dollar should remain strong under Trump's rule and help further expand exports volumes. Mačiulis seconded his opinion, saying that the US dollar exchange rate against the euro would remain one of the most important factors to be observed in Lithuania.

"The stronger US dollar exchange rate has so far been a positive factor for Lithuania's economy, many companies strengthened the competition of their costs and in 2016 we saw a fast increase in dairy exports to the US. The dollar exchange rate against the euro is an important factor. It is difficult to expect more specific decisions that would have an effect on the European Union and Lithuania specifically, we should keep an eye on the general rhetoric and intentions," said the Swedbank analyst.

Nevertheless, a strong US dollar may have a negative, impact as well, as it pulls down prices for imported goods and energy resources.

According to data provided by Statistics Lithuania, Lithuania's exports to the US totaled 1.075 billion US dollars in January-November last year, up by 18.9 percent year-on-year, while imports from the US saw an annual decline to 12.9 percent to 329.871 million euros.

With protest against Trump rippling across globe, support is expressed in Vilnius (2)

Rudy Giuliani , a former New York City mayor and a political ally of US President Donald Trump , may...