BNS EN
aA
Lithuanian diplomat Kęstutis Jankauskas is being appointed as the European Union's (EU) ambassador to Azerbaijan, representatives of the community's delegation to Baku confirmed on Wednesday . 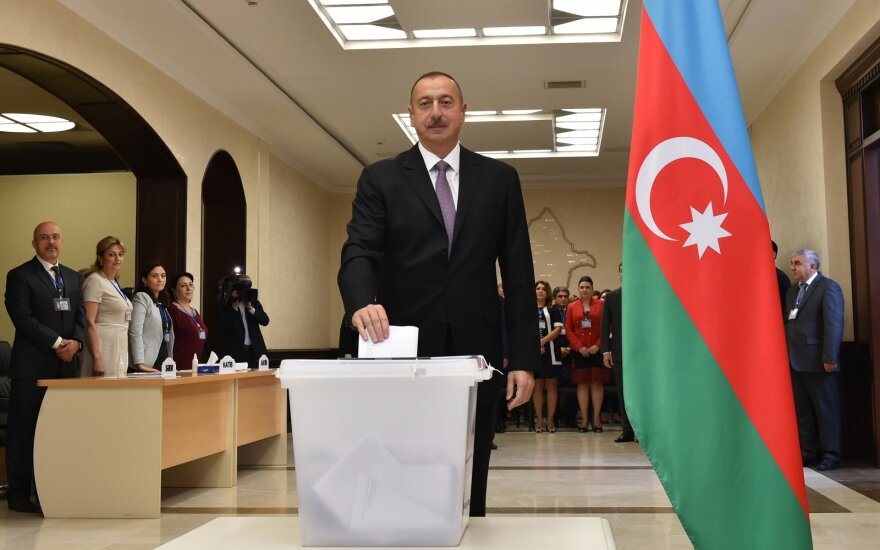 "Yes, that is correct," the Head of Political, Economics and Press and Information Section Denis Daniilidis told BNS in a telephone interview from Baku.

In his words, the European external action service had received a green light from Azerbaijan's Foreign Ministry two days ago to appoint Jankauskas as ambassador.

Daniilidis said that the new head of the delegation would take office in September.

The term of current ambassador Malena Mard is expiring in late August.

Jankauskas has been serving at the Lithuanian Foreign Ministry since 1991 and has worked at the Embassy to the United States and the mission to the European Union.

In 2011, the diplomat was appointed as Lithuania's ambassador to NATO. He has been heading the EU observer mission to Georgia since 2015.

Azerbaijan, which is not a member of the EU, is part of the community's Eastern Partnership program. Baku is highly interested in closer energy ties with the EU.

Azerbaijan and the EU are currently in talks on a new treaty to define their relations, a document that should replace the 1991 agreement on partnership and cooperation.

Baku would want to approve the document at the EU Eastern Partnership summit in Brussels in November.

Kęstutis Lančinskas , a former Vilnius police chief and currently the head of the European Union's...

Lithuania to wind down its embassy in Switzerland

The Lithuanian Foreign Ministry on Monday registered a draft resolution calling for winding down the...

Government decides to move agricultural attache from Russia to Japan

The Lithuanian government decided on Wednesday to relocate the post of agricultural attache from...