the Lithuania Tribune
aA
On Thursday, Deputy Minister of National Defence Marijus Velička discussed security situation in the Baltic region and Ukraine, and US-Lithuanian defence cooperation with Republican US Congressman Devin Nunes, US House of Representatives, on visit to Lithuania, the Ministry of National Defence informs. 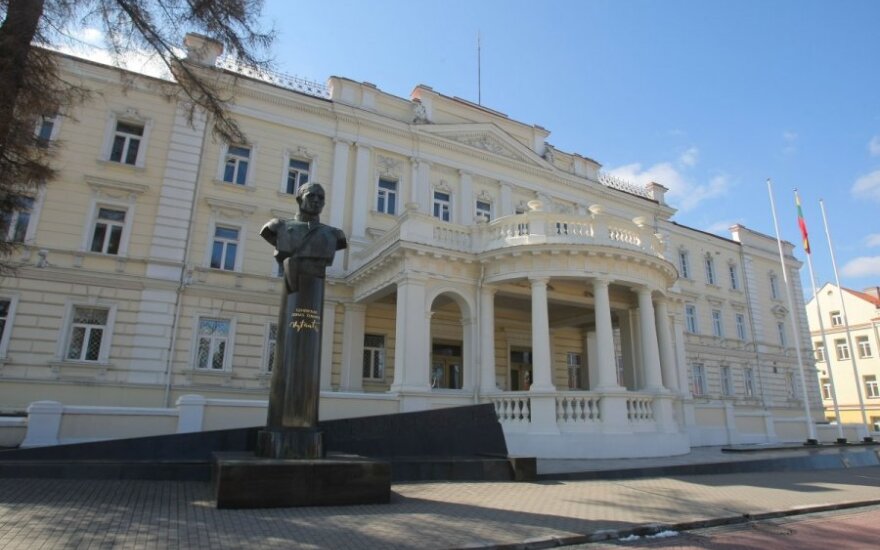 "We appreciate the speedy deployment of additional US fighter aircraft and troops in response to the changes in security situation in the Baltic region. That is a huge support and assurance to the people of Lithuania that the USA, out our key strategic ally, is firmly committed to NATO's collective defence. We are highly interested that the US presence in Lithuania is maintained after 2014 with approval from the majority of Lithuania's population," Deputy Minister of National Defence Velička said at the meeting.

According to Deputy Minister Velička, Lithuania was looking forward to the approval of the additional USD 1 billion financing for the US President's European Reassurance Initiative at the US Congress.

Nunes assured that the United States would keep to its commitments and support even though those were not easy decisions regarding additional financing for the USA.

The guest welcomed the 20 percent increase in Lithuanian defence spending to be reached this year already and the agreement of Lithuania's political parties to commit 2 percent of GDP for defence financing by 2020.

"You must continue holding intensified training and investing into strengthened military training capacity and host nation support - allied troops, US military in particular, receiving mutual benefit from the exercises in Lithuania appreciate that beyond doubt," the members of the US House of Representatives said.

"Lithuania has always been a particularly reliable partner to the US despite the changes in the security situation in the region, we were, we are and we will be prepared to contribute to multinational operations and missions side by side with the USA whenever that is necessary," Deputy Minister of National Defence Velička underlined.

Later in the day Congressman Nunes visited the Mechanised Infantry Brigade (MIB) Iron Wolf (Lithuanian Land Force) in Rukla and met with the current rotation from the 173rd Airborne Brigade deploying troops to combined exercises in Lithuania since early April.

At a meeting with Commander MIB Iron Wolf Colonel Raimundas Vaikšnoras and leadership of the US military deployed in Rukla Congressman Nunes discussed joint operation of Lithuanian and US troops and relevant issues. While in Rukla, the guest also observed US and Lithuanian troops training combat self-defence.