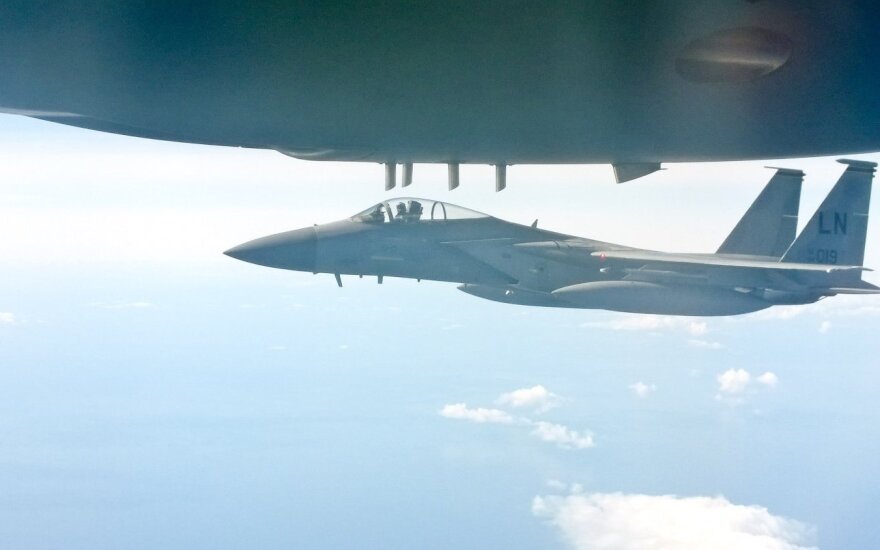 "If you ask for my opinion, I think no. I think that today it wouldn’t be a good time to reduce it but that's the decision of the NATO supreme commander and it's the way it is," Velička told journalists at the Lithuanian government office on Wednesday.

He noted that it was the "support element" and not the mission itself that was to be downsized.

According to the vice minister, Lithuania will respond to the decision to cut the number of NATO jets in the Baltic states "during certain format whenever it will have the opportunity to do so," without elaborating.

"I cannot tell you today. It involves the Ministry of Foreign Affairs and such a position should be coordinated," he said.

On the whole, defence measures have been stepped up due to the recent changes in the security situation in the region and only one element is being downsized, Velička noted.

"Our goals haven’t changed as we want bigger allied presence in our region as we see that if the situation is escalated, allied presence in the region would help to ensure defence of Lithuania more than we would have done with our own capabilities," Velička said.

NATO will downsize the air policing mission in the Baltic states by half, with eight fighter-jets due to patrol the skies as of September, as compared to the current 16 jets, as well as one contingent left in Lithuania instead of the current two, NATO military spokesperson Lieutenant Colonel Jay Janzen of Supreme Headquarters Allied Powers Europe (SHAPE) confirmed on Tuesday.

NATO 's decision to downsize the air policing mission by half will not affect the security of the...

NATO will downsize the air policing mission in the Baltic states by half, with eight fighter-jets...