BNS
aA
Lithuania's Ministry of National Defense announced on Monday it had a contract on the expansion of the army's training area in Pabradė. 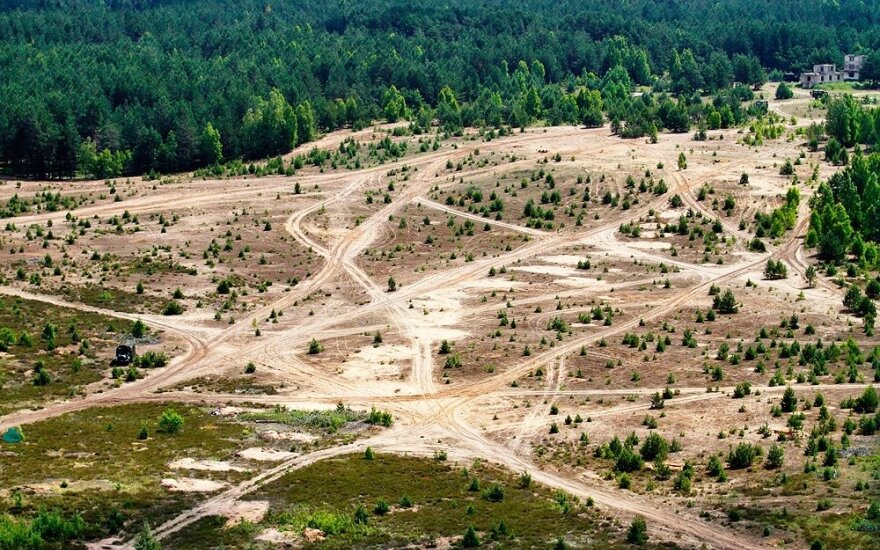 The contract was signed earlier this month by the ministry and NATO Support and Procurement Agency (NSPA).

Following the completion of the infrastructure projects nu 2021, a brigade-size unit consisting of several thousand troops will be able to train in this area where currently around 500 troops can train.

13 projects are planned to be completed in the Lithuanian Armed Forces by 2021 according to the new Capability Package of the NATO Security Investment Programme (NSIP): 12 of them are planned for Gen Silvestras Žukauskas Training Area in Pabradė, and 1 – for the Lithuanian Air Force Base in Siauliai, borthern Lithuania.

"The scope of national and international exercises held in Lithuania has grown so much that the present training areas have become too small for comprehensive hosting and training of our and allied troops, while the latest military conflicts and experience from multinational deployments determine the need to enhance the training base for soldiers. Moreover, we are equipping the Lithuanian Armed Forces with new weaponry and we seek that they master the full potential of the capabilities they did not have before, i.e., use the weaponry within maximum safety distances. With all that in mind the Ministry of National Defense is focusing heavily on development and improvement of military infrastructure,” Vice Minister of National Defense Giedrimas Jeglinskas says.

"One of the key needs of the Land Force was to have a training area suitable for tactical training of brigade military units. Land force unit training will be taken to a new qualitative and quantitative level once the development project is completed, and the Griffin Brigade, the Iron Wolf Brigade and the NATO enhanced Forward Presence Battalion Group integrated into it will have more space for exercising the potential of their equipment and weaponry," acting Land Force Commander Col Tomas Masaitis added.

O the basis of the contract, the total worth of the infrastructure development is planned to be roughly EUR 47 million. Roughly EUR 23 million of that will be allotted from the NSIP via the NSPA which will be responsible for the implementation of the projects and contract management.

Temporary infrastructure will be put in place for the Lithuanian Armed Forces ' new artillery...