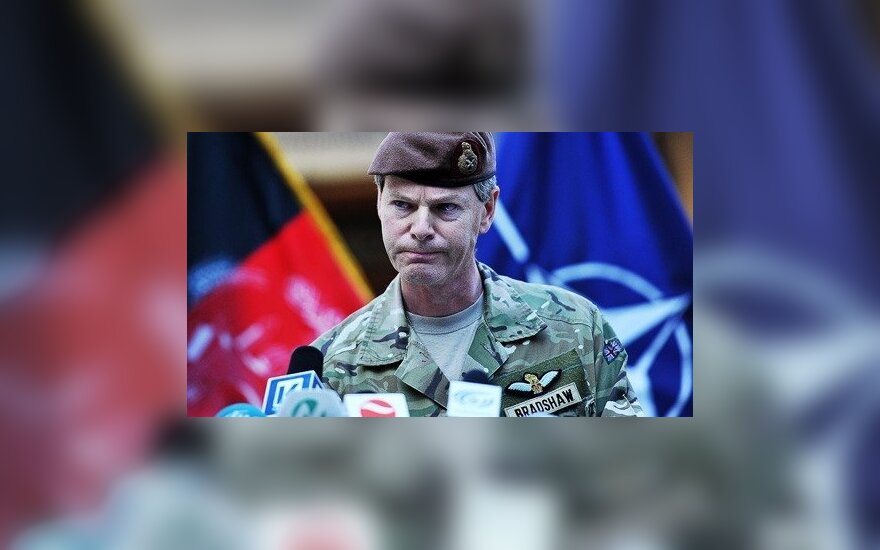 The defence policy director and the NATO deputy supreme allied commander Europe discussed the implementation of the Readiness Action Plan approved by the NATO Summit in Wales.

General Bradshaw pointed out that the key task for NATO was to adapt the Alliance so that we could respond effectively to the security threats that had emerged. Deterrence can only be ensured if the right capabilities are at hand. Very High Readiness Joint Task Force, well-trained and sustainable, able to deploy at a particularly short notice, is central to providing such a response. According to General, the currently functional measures for ensuring security are effective. They matter both in military terms and in terms of strategic communication as a message is sent that the Alliance stands united and resolved to apply any measures that prove necessary for ensuring security.

"NATO presence in our territory remains an essential element of deterrence. The Air Policing Mission, active action of maritime capabilities in the Baltic Sea, and exercises and training of land forces have already become inseparable from our security," Urbelis said. According to the defence policy director of the Ministry of National Defence, the measures of NATO adaptation are none the less important.

"Currently NATO Military Authorities are preparing advice on what the very high readiness force will be, on the method of strengthening the command of operations in our region, and on the concrete requirements NATO forces have to meet so that they are able to complete operations in our region timely and effectively," Urbelis stated.

NATO Military Authorities are expected to render the first part of their advice regarding the measures of NATO adaptation in November.

Chief of Defence of Lithuania Major General Jonas Vytautas Žukas and NATO's Deputy Supreme Allied Commander Europe General A. Bradshaw focused on the security situation in the region, and Lithuania's preparedness to render host nation support for both, the prospective NATO Command and Control (C2) Element, and the allied forces already deployed in Lithuania.

The generals also discussed the development of the Lithuanian Armed Forces' military training infrastructure and arrangement of combined training with allied forces.