BNS
aA
Lithuanian National Defence Minister Juozas Olekas does not admit to have made any mistakes during the search and rescue operation for the An-2 plane that crashed in the Baltic Sea in the middle of May, and has not plans to resign. 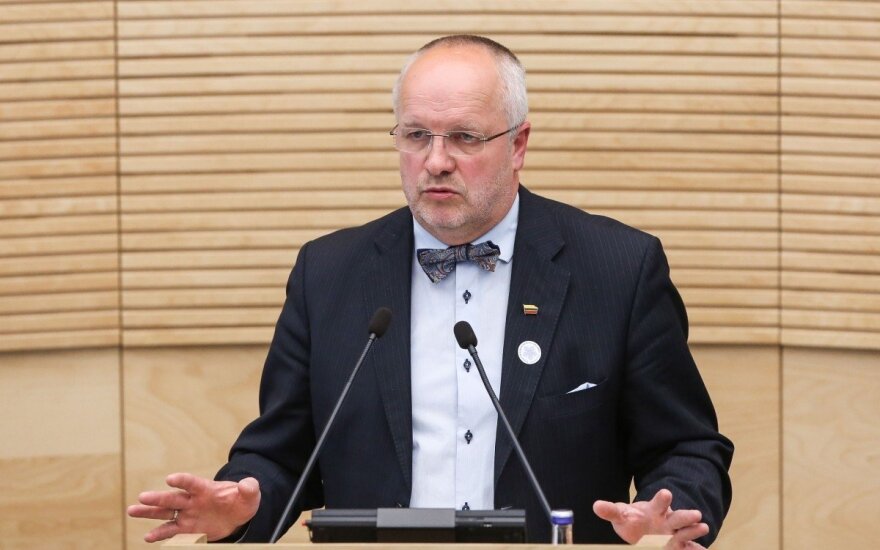 Responding to an interpellation initiated by the opposition Liberal Movement, Olekas said he did not believe he should assume personal responsibility for and resign.

The minister was also asked in the interpellation whether he agreed that he did not realize the significance of the situation, severity of the search and rescue operation and failed to properly communicate with the relatives of the missing pilots and the public.

"No, I do not agree. Since 2009 when the Lithuanian Navy's Maritime Rescue Coordination Centre started carrying out the state functions of search and rescue of people, 27 operation one average are carried out every year. Every operation is important and the goal of every operation is to save people's lives," the minister said.

Olekas also said that four Swedish planes, one search and rescue helicopter of the Lithuanian army and two military ships were involved in the An-2 search and rescue operation and these were "much larger capabilities" than should be employed in similar cases under Lithuania's law.

And the operation took twice as long as it should be, the defense minister stressed.

Under the Statute of the Seimas, upon receipt of an interpellation, a member of the government must, not later than within two weeks, submit a written response to the speaker of the Seimas, which is later deliberated by the Seimas, followed by a draft resolution of the Seimas' approval or disapproval of the minister's response next day.

In the case that the minister's response is recognised as inadequate and no-confidence in the individual minister is declared in a draft resolution of the Seimas, the draft may be adopted by a majority of votes of more than a half of all the Members of the Seimas cast by secret ballot.

If such resolution is adopted, individual minister in whom no-confidence has been declared must resign.

The An-2 with two highly experienced pilots went missing on May 16 en route from the Swedish port of Gothenburg to the Lithuanian port city of Klaipėda. Three days later, it was discovered on the Baltic seafloor. An examination two days later revealed a body of one of the pilots inside the aircraft, which was subsequently recovered. The body of the second pilot has not been found so far.