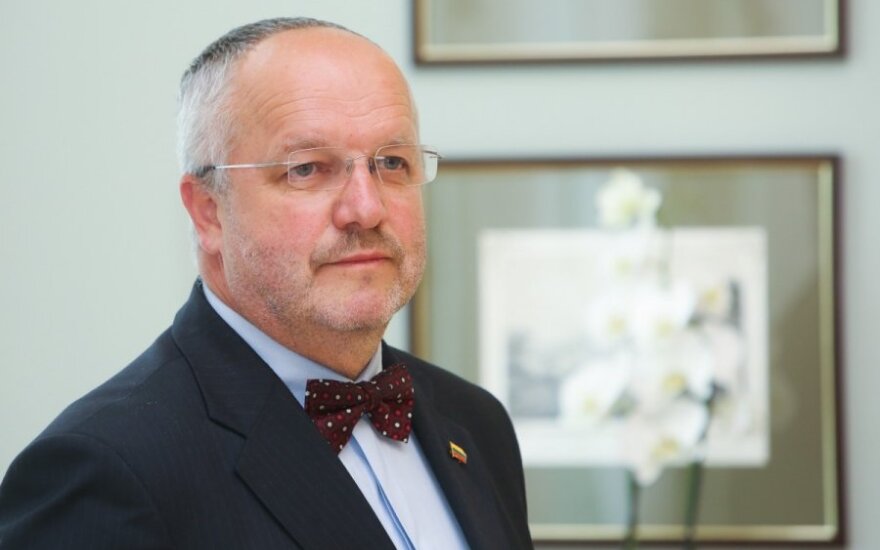 "The ISAF mission in Afghanistan remains high on our priority list. Lithuanian military will continue training the Afghan National Security Forces as well as contributing to the Afghan National Army (ANA) Trust Fund," Minister of National Defence Olekas said to Commander ISAF General Dunford at their meeting. According to the Lithuanian defence minister, Lithuania was scheduling its further involvement in Afghanistan and planned continue training Afghan forces post 2014 when the ISAF mission was over.

General Dunford thanked for the efforts and dedication of Lithuanian soldiers and welcomed Lithuania's decision to retain military presence in Afghanistan and contribute to the training of local forces in 2015. "We can take pleasure in the obviously positive results as the ISAF operation is nearing completion. Just a few years ago the proportion between ISAF and Afghan forces were 10 to 1, while now it is one ISAF soldier to ten Afghans. This proves the scope of the job completed in training local security forces that are ready to ensure the security in Afghanistan both in terms of quantity and quality, and, in turn, that is a prerequisite for withdrawing ISAF forces," General Dunford said at the meeting.

At the meeting with NATO Senior Civilian Representative in Afghanistan Maurits Jochems Minister of National Defence Olekas ensured him that Lithuania would continue keeping all its international commitments, while Jochems represented the political situation in Afghanistan and future prospects. The ambassador stressed that further progress in Afghanistan would be achieved through the continuation of the work started by international community in the areas of security, economy, precedence of law, and good governance.

Olekas said that Lithuania was following the process of Afghanistan's democratic elections at the meeting with Head of UNAMA Jan Kubis. "We wish to thank the United Nations Assistance Mission for the contribution to the democratic presidential elections held in Afghanistan. We can spot the vast experience that the process is giving to the Afghan people and we hope that the elections will make the democracy of the country even more robust," the minister said. In his turn, Kubis thanked for Lithuania's long-term support to UNAMA and expressed his appreciation of the decision to continue posting a military representative from Lithuania to UNAMA.

At the Regional Command-South in Kandahar Minister Olekas met with Major General Michael Bills, Commander RC-South. General Bills said the efforts of the Lithuanian Special Operations Forces in training local capabilities were highly estimated and thanked for the important contribution to Afghan pilot training. "Your pilots have done great jobs while training locals," General Bills said when referring to the results achieved by the Lithuanian-led Air Mentoring Team already nearing the end of their mission.

Minister of National Defence Olekas and a Lithuanian delegation arrived in Afghanistan on 20 August. The trip is expected to continue until the end of this week.

Lithuanian Minister of National Defence Juozas Olekas on a visit in Afghanistan discussed...

A delegation led by Lithuanian Minister of National Defense Juozas Olekas arrived in Afghanistan on...

On 18-22 August, inspectors of the Arms Control Unit of the Lithuanian Armed Forces are visiting...