aA
On Monday, Minister of National Defence Juozas Olekas discussed regional security and Georgia's Euro-Atlantic aspirations at a meeting with Irakli Alasania, Minister of Defence of Georgia, in Tbilisi. 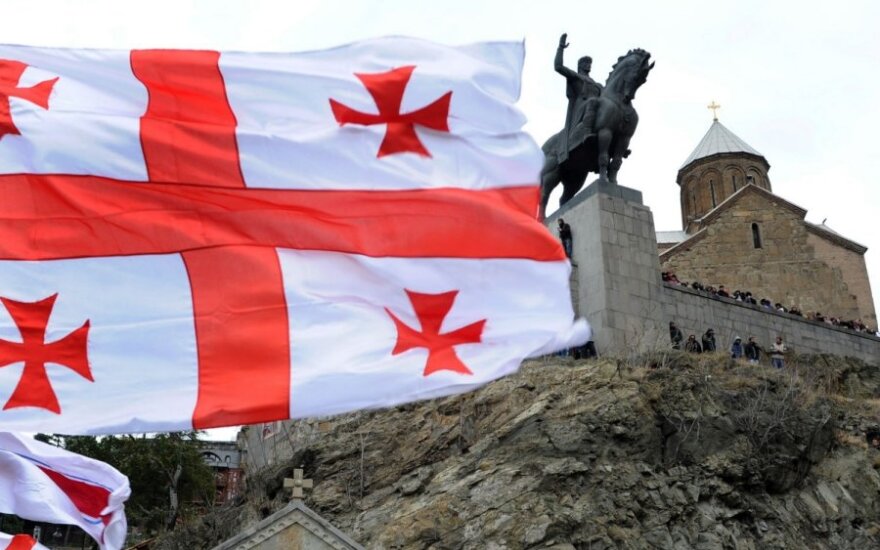 In a discussion on regional security Minister Olekas underscored Lithuania's support to Georgia's territorial entity and integrity, presented the security situation of Lithuania and the increasing defence financing for enhancing capabilities of the Lithuanian Armed Forces.

Minister Olekas also welcomed the progress Georgia had achieved in European and NATO integration and reiterated Lithuania's support to Georgia's Euro-Atlantic aspirations. "We should make every effort to have the decisions taken at the NATO Summit in Wales implemented properly and Georgia's preparations for membership ensured," Olekas said at the meeting.

Minister Olekas also thanked his Georgian counterpart for his country's contributions to NATO and EU-led operations and missions and stated that Lithuania promoted among NATO allies the inclusion of partner nations, such as Georgia, into large-scale multinational NATO exercises under the Connected Forces Initiative (CFI) which is aimed at sharing experience from multinational deployments through NATO exercises.

At the meeting Minister Olekas pointed out intense bilateral defence co-operation and assured that the Ministry of National Defence and the Lithuanian Armed Forces will continue supporting Georgia in the area of military training. "In 2015 we will increase the number of places for Georgian military at the English Language Course at the Military Academy of Lithuania and we will facilitate bilateral participation in exercises held in Lithuania and Georgia for that will help our soldiers maintain the experience drawn from multinational operations," Olekas said.

The Lithuanian Minister also highlighted that Lithuania will continue looking for ways of contributing to the implementation of the package of special NATO measures for Georgia, and will develop the co-operation launched this year between the special operations forces of Lithuania and Georgia, Lithuanian volunteer forces and the Georgia National Guard, and both countries' military academies and general inspectorates.

On 7 October the Lithuanian Minister will also meet with Head of the NATO Liaison Office Georgia Bill Lahue and visit Gori Military Hospital, and the National Defence Academy of Georgia.