(1)
aA
On 4 June Minister of National Defence Juozas Olekas discussed NATO reassurance measures in the Baltic region, bilateral defence cooperation and other issues of security and defence at a meeting with Ambassador of the United Kingdom in Lithuania David Hunt, said the Ministry of National Defence. 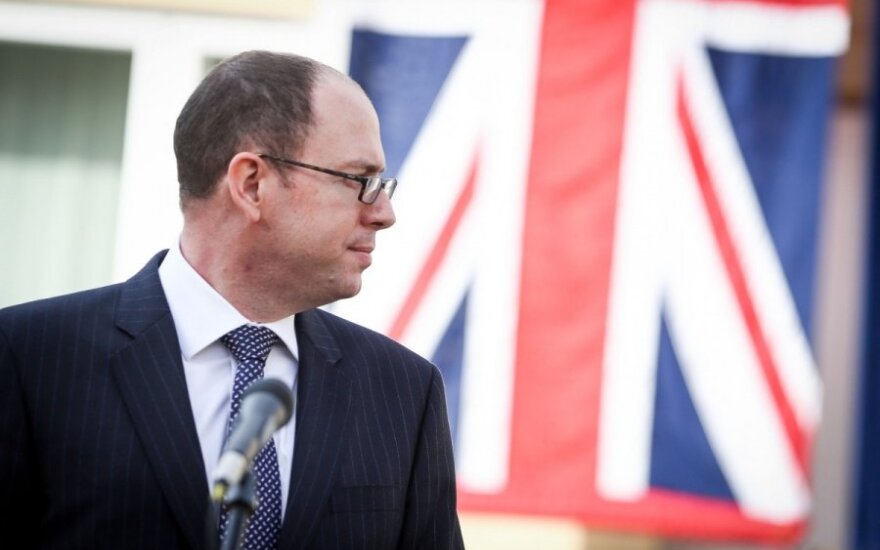 Minister Olekas thanked the ambassador for the attention to our region and invited the United Kingdom to deploy military personnel in Lithuania. "Allied presence in our region sends a clear message about the unity of the Alliance and it is the most efficient deterrence," Minister Olekas said.

Ambassador Hunt notified Minister Olekas that the United Kingdom would deploy 400 soldiers to Exercise Arcade Fusion planned to take place in Lithuania and Latvia this fall and between 100-150 troops to international Exercise iron Sword in Lithuania. The Allied Rapid Reaction Corps (ARRC) Headquarters will deploy its elements for Exercise Arcade Fusion this fall. For the first time ever HQ of one of NATO's bests corps will deploy in Lithuania and Latvia. For Lithuania this is going to be an excellent opportunity to test in its territory operation of a NATO Force Integration Unit (NFIU) that will be established in all the Baltic States and other Eastern European countries.

Lithuania signed the Protocol of Intent on the establishment of a UK-led Joint Expeditionary Force together with six other countries (Denmark, Estonia, UK, Latvia, the Netherlands and Norway) at the NATO Summit in Wales in September 2014. According to the Protocol of Intent, a rapid response force will be formed which will operate in line with NATO standards, will be able to deploy at short or no notice to any region in response to any type of security threats.

Minister Olekas invited the United Kingdom to consider holding JEF exercises in our region too.