(1)
BNS
aA
By threatening to respond to the United States' plans to deploy heavy weaponry in Eastern Europe, Russia is trying to cover its aggressive action and is confusing "the cause and effect," Lithuanian Minister of National Defence Juozas Olekas says. 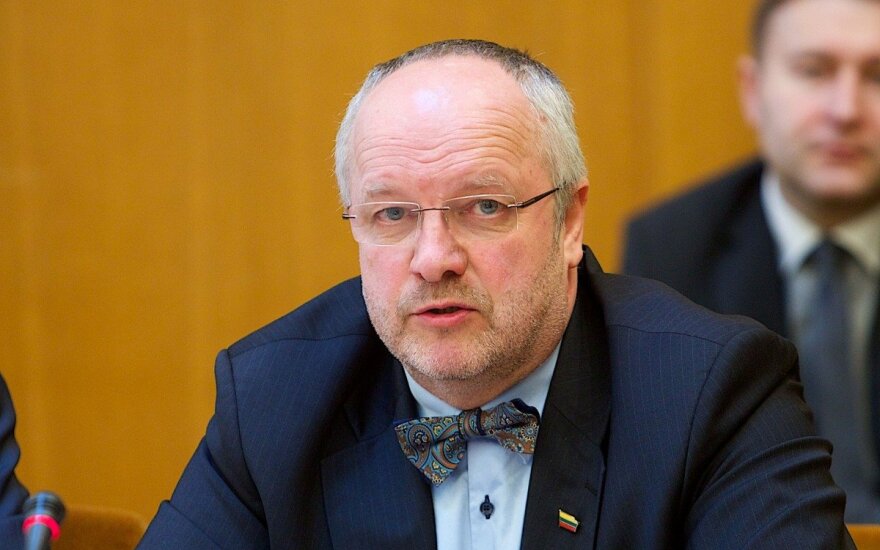 "Russia is just trying to cover its actions as there's no weaponry deployment yet, meanwhile aggression in Ukraine, military exercises are happening, and the very deployment of Iskander missiles in Kaliningrad. It's happening. It's the confusion of the cause and effect. NATO and Lithuania's response is aimed at stepping up the defence and protection of their territory and not vice versa. We are not threatening anyone and we are not going to attack anyone," the minister told BNS.

According to Olekas, Lithuania did not take any retaliatory armament action "believing in the good will" even when Russia started building up its capabilities and weaponry in Kaliningrad. Lithuania is modernizing its army and wants bigger involvement of NATO allies not "to be able to attack them" but because it wants to preserve security of Lithuania and NATO.

"When we saw that those actions are intensifying, neighbouring countries are being attacked, military training is taking place and its scope is growing and becoming more aggressive, fighter jets and strategic bombers are flying around, we must do something to protect our citizens, values and our state," Olekas said.

The New York Times reported on Sunday that the US Department of Defence is considering deploying heavy weaponry in Lithuania, Latvia and Estonia to equip company-size contingents. Rotating American contingents of around 150 troops each have been stationed in the Baltic states since 2014.

The US would also deploy battalion-size contingents of around 750 troops in Poland, Romania, Bulgaria and possibly Hungary a well as ammunition and equipment for them.

The Pentagon's proposals still need the White House and the defense secretary's approval.

In response to such a report, Russia said on Monday it would reinforce its group of forces along the entire perimeter of Russia's western border, including new tank, artillery, and air force units, Army General Yury Yakubov, a coordinator from the Russian Defence Ministry general inspectors directorate, said.

The missile brigade in the Kaliningrad region will be speedily rearmed with new Iskander tactical missile systems, he told Interfax news agency.