Lithuanian defence minister and chief of defence to visit Ukraine 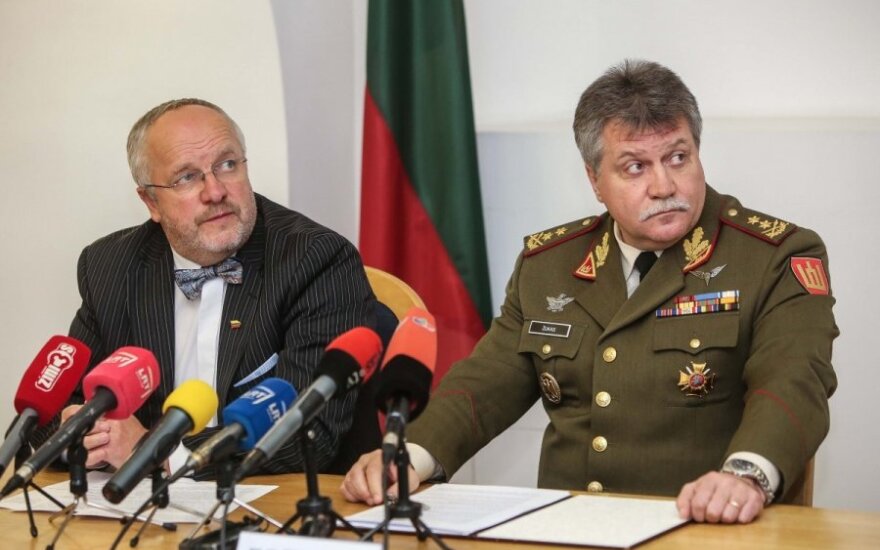 While in Kiev, they are scheduled to meet with the Secretary of the National Security and Defence Council of Ukraine, Oleksandr Turchynov, and Head of the Security Service of Ukraine Valentyn Nalyvaichenko.

The minister and the chief of defence will also meet with their counterparts, Minister of Defence of Ukraine Colonel General Stepan Poltorak and Chief of the General Staff of the Ukrainian Armed Forces Colonel General Viktor Muzhenko.

The Lithuanian and the Ukrainian representatives will discuss the security situation in Ukraine, Ukraine’s needs with regard to support from Lithuania and other Western countries to the reform and modernization of Ukraine’s defense system, progress made in the project of the tri-national Lithuanian, Polish and Ukrainian Brigade, LITPOLUKRBRIG, and other questions of bilateral and multilateral cooperation.

On Tuesday, the Lithuanian minister and his delegation will pay a visit to Ivano-Frankivsk Oblast in Western Ukraine to meet with its Governor Oleh Honcharuko and the Mayor of Ivano-Frankivsk City, Viktor Anushkevychus.

Olekas will also deliver a lecture on NATO response to the security challenges in light of the Russian aggression in Ukraine at the Vasyl Stefanyk Precarpathian National University.

While in Ukraine, Olekas will attend opening events of NATO Week in Ukraine and deliver an address at the National University of Defence of Ukraine.