BNS
aA
The Lithuanian Liberal Movement will continue efforts to prove that information in a State Security Department (VSD) report about MG Baltic's influence on it is untrue after the party and the intelligence agency failed to reach an amicable agreement during a preliminary court hearing on Monday. 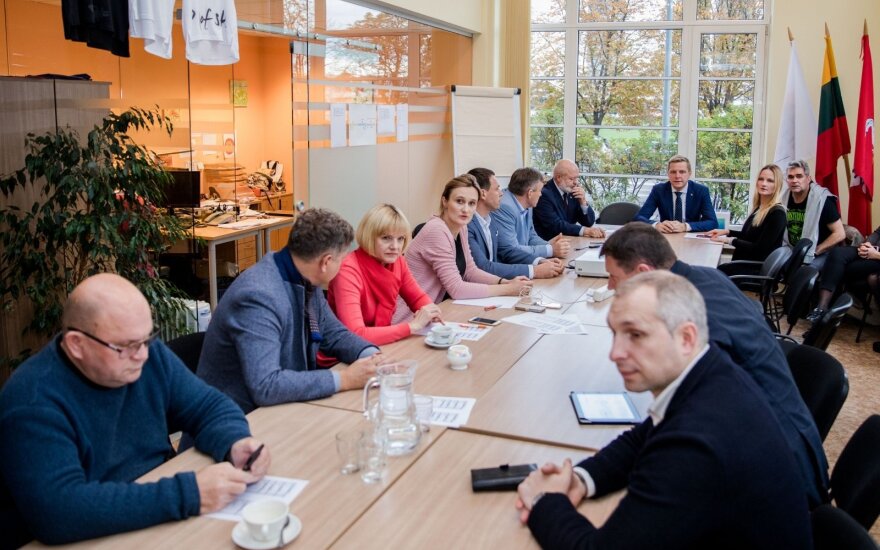 Liberal Movement board at a meeting
© DELFI / Karolina Pansevič

The Liberal Movement wanted VSD to "deny that information and admit that it was not fully accurate," Egidijus Losis, the party's lawyer, said.

VSD lawyer Audrius Bareišis said that the party's demand was unacceptable for the intelligence body.

"The conditions for concluding an amicable agreement are definitely not acceptable to VSD. We believe that all the information provided in the report is correct and lawfully collected," he said.

The Liberals ask the court to declare as untrue and harming their reputation statements by VSD in its report the parliament's Committee on National Security and Defense, which was declassified and made publicly available, that the Liberal Movement was founded in 2006 as a party fully controlled by MG Baltic and that it was the group's long-term political project.

Bareisis said that the agency is ready to provide the court with additional information, which is currently classified, to prove its statements.

The Seimas committee says in the findings of its investigation into interest groups' influence on political processes, which were endorsed by the full parliament, that MG Baltic's top executives enacted a political scenario aimed at creating a new, Liberal party meeting the group's interests.

MG Baltic became Lithuania's most influential business and power group in less than 10 years after the establishment of the Liberal Movement, according to the findings.