Ludo Segers | the Lithuania Tribune
The memory of former American President Ronald Reagan loomed large over the ceremony celebrating Lithuania’s opening of a Consulate General that was feted on Monday, 1 June 2015. Hosted by John Heubush, the director of the Ronald Reagan Library, the celebration took place in the presence of the Lithuanian Foreign Minister, Linas Linkevičius, and the Lithuanian Ambassador to the USA, Žygimantas Pavilionis, a large number of diplomatic representatives, dignitaries and friends of Lithuania, including the former movie star Ruta Lee and Albinas Markevicius. 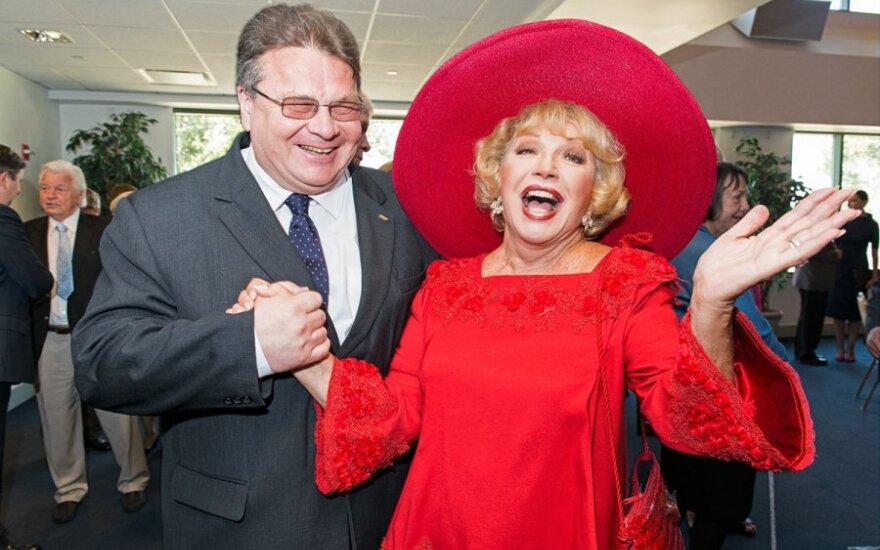 The Presidential Library located on top of a hill, north of Los Angeles, celebrates the famous president’s life and is also his last resting place. The location was fitting as so much history leading up to the regaining of Lithuania’s independence in 1990 can be traced back to the active role Ronald Reagan played in confronting the Soviet Union. Presidential Library Director John Heubush read a letter by Nancy Reagan, the widow of the former president, addressed to the foreign minister in which she expressed the delight that the president had a role in Lithuanians regaining their freedom. However, Mrs Reagan also warned that the freedom is in need of protection and she expressed the "hope that the United States will be as vigilant as ever to ensure that the liberty that he (Ronald Reagan) helped bring to reality will be preserved".

Foreign Minister, Linas Linkevičius expressed his thanks for the freedom that Ronald Reagan had promoted and how it paved the road for the prosperity that most Lithuania’s enjoy today. The Minister pointed out successful transformation of the country seeing its global rankings by major organisations, such as the World Bank improve year after year, joining the best in class. Minister Linkevičius provided a few highlights underscoring the ease and ‘openness for business’ environment that attracts new investment and jobs for many Lithuanians. He expressed the hope that the new Consulate General located in Los Angeles, a place described by many as the heart of the future business, will also bring this type of jobs and investment to Lithuania. Minister Linkevičius also thanked Honorary Consul Daiva Cekanauskaite-Navarette for the years of devoted service in Los Angeles. However, she will maintain a similar position in Santa Barbara, CA.

A very proud Lithuanian Ambassador to the USA, Žygimantas Pavilionis told an enthusiastic audience that he was happy to see his brainchild is now ‘open for business’ and he expressed also the hope that this prime location will attract new investments, cooperation and tourism from the American West Coast to Lithuania. He was happy to present the new Consul General Darius Gaidys who in turn expressed his hope to serve the Lithuanian community for many years to come.

The luncheon meeting, sponsored by Strategic Staffing Solutions, and represented at the luncheon by Ms Alena Pierce, concluded with a presentation by Invest in Lithuania. The investment promotion agency underscored the economic potential and investment opportunities in Lithuania and concluded by a brief presentation by the Lithuanian tourism promotion agency. The ambassador pointed out that Strategic Staffing Solutions founded by a Lithuanian American, Cindy Pasky, is an important partner in the success attracting investment to Lithuania.

Earlier in the morning the foreign minister met with the EU consul generals in Los Angeles to discuss a number of issues of common concern. The minister also reported on the progress made during the Lithuanian Chair of the UN Security Council in May.

Lithuania now operates three Consulates General in the US, located in the three largest and most strategic locations. In addition to these representations, 24 honorary consuls are active in the USA. Seven of those unpaid, honorary positions were established during Ambassador Pavilionis’ tenure in the US capital.