BNS
aA
Russia's former oil tycoon Mikhail Khodorkovsky, an ardent critic of President Vladimir Putin, may play a special role in the change of the Russian regime, therefore, Lithuania should not criticize his statements regardless of the split in positions, says Lithuania's opposition leader and former PM, Andrius Kubilius. 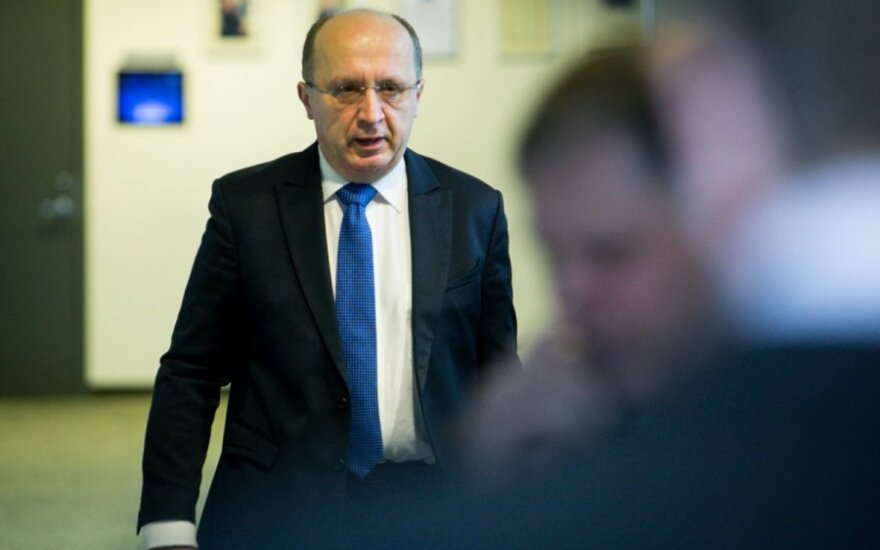 Kubilius, the leader of the conservative Homeland Union, says the critical remarks made by Lithuanian reviewers about Khodorkovsky's statements in Vilnius "were gladly cited by sounding boards of the Kremlin".

At a Vilnius Forum of Intellectuals in the Lithuanian capital last week, Khodorkovsky called for revision of the EU's sanctions on Russia, saying that they rallied the Russian people to support the Kremlin. Khodorkovsky did not give a clear answer as to whether he would return Crimea to Ukraine, if elected to power.

"Although highly critical reviews by some Lithuanian political reviewers followed immediately after his statement, and they were gladly cited by sounding boards of the Kremlin, I cannot agree with the critical opinions. My impression is very simple – Khodorkovsky was speaking cautiously, avoided radical statements, which may have been preferred by the West but not so much by the residents of Russia who have been badly poisoned by Putin's propaganda.

Related articles
Khodorkovsky in Vilnius: Sanctions for Russia should be revised  (1)

"Khodorkovsky spoke courageously about the end of the Putin regime, although did not give any romantic slogans about the end being near, which we have heard from some other political experts," Kubilius told a news conference at the parliament on Monday.

In his words, Khodorkovsky "did not avoid responsibility as a leader in the transitional period, understanding the enormous problems he will face, he persuaded me with his self-restraint and a well-considered attitude, although you may disagree with some of the statements he made".

"I believe it is not very wise for us to criticize Khodorkovsky for not hearing what we expected to hear. As a matter of fact, the West needs a leader of the new Russia who would be able to rally the biggest possible support of the Russian people for European changes in Russia, not just the biggest support of Western experts for their own ideas. It seems to me that Khodorkovsky is trying to walk this path, and he is doing so without lying or hiding under one type of discourse intended for the West and the other type for the people of Russia. We must understand the difficult task Khodorkovsky has agreed to engage in, we must think about how we can help him, even when his words are not what we say or expect to hear. The Kremlin is happy when we don't understand this," Kubilius said.

Speaking at the Vilnius Forum of Intellectuals last week, Khodorkovsky said that the sanctions have played their positive role, adding that long-term effects of the sanctions were debatable. He urged the Western world to come up with "more efficient" long-term measures that would be aimed against the regime and not the entire economy of Russia.

During the stay in Vilnius, he was asked a number of questions about whether he would give back Crimea to Ukraine if he were in power. He, however, only said the decision would be complicated.

"I see myself in politics only during the transitional stage, that is, from the moment when the regime falls until the first free election is held. It’s quite clear that during that relatively short period of time the decision concerning Crimea cannot be made," Khodorkovsky said.