(1)
BNS
aA
A member of staff of Lithuanian state company Oro Navigacija (Air Navigation) has been accused of spying for Belarus. A second person, also suspected of spying, is still under investigation, Lithuania's law enforcement said on Monday. 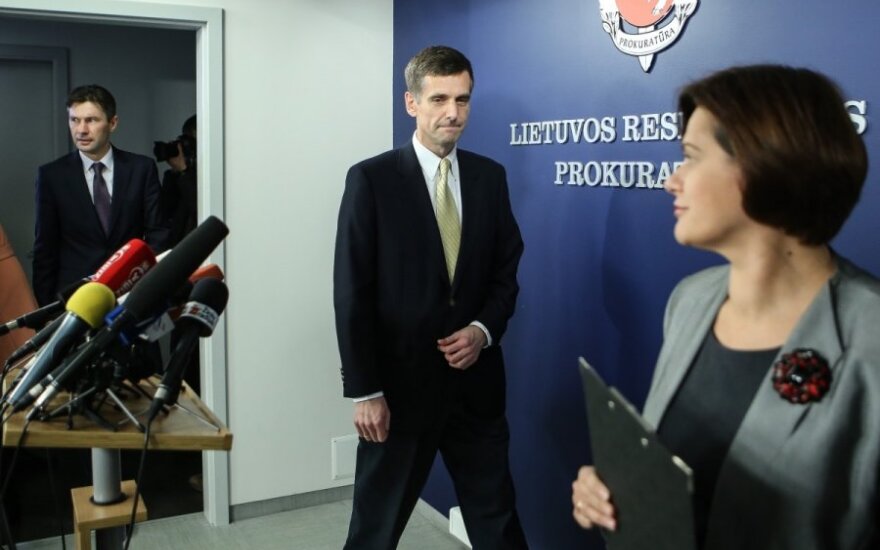 In a case handed over to court on Monday, the first of the suspects "is accused of having spied against the Republic of Lithuania by carrying out tasks ordered by the Belarusian special services," Deputy Prosecutor General Darius Raulušaitis said on Monday.

The Prosecutor General's Office said in a statement that the suspect, who at the time worked for Oro Navigacija, used to secretly make photos of documents and other objects and handed over the information to the Chief Intelligence Board of the Belarusian Armed Forces' General Staff.

The person is suspected of having collected information about Lithuania's army, its divisions, state companies of strategic importance for Lithuania's national security, their activities, infrastructure, the statement said.

The suspect was detained around a year ago and has been in custody ever since. His identity has not been disclosed. He has been charged with spying and is facing up to 15 years in prison.

The law enforcement did not provide more information about the second suspect as he is still under investigation.

"Such operations show that we are capable of resisting the special services of unfriendly states, operating in Lithuania and this way protecting our national interests," Raulušaitis told a press conference on Monday.

Gediminas Grina, head of Lithuania's State Security Department, said the entire counter-intelligence operation took almost three years. He did not comment on how much information the suspects managed to hand over to Belarus, saying that "we cannot let them know what we know". 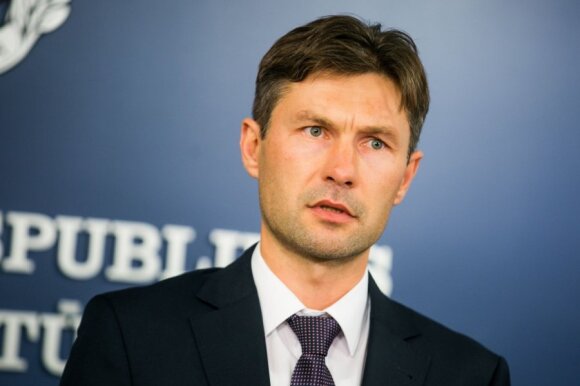 The officials said it was likely that Belarus shared the information with Russia.

"In the area of defence and intelligence, it's the same for us, as Belarus is in a union state with Russia," Grina told journalists, asked about Russia's possible involvement.

"It's likely that the Belarusian special services share the information they have with the Russian services," Raulušaitis said.

In a report published earlier this year, the State Security Department said the key long-term tasks of the Belarusian intelligence and security services were to ensure stability of Alexander Lukashenko's government inside the country and protect Belarus' political and economic interests abroad.

Belarus' State Security Committee (KGB) is working most actively against Lithuania. This service is focusing on activities of Belarusian opposition organizations and their ties with Lithuania. The Belarusian community in Lithuania is also in the Belarusian KGB's focus.

"Working under diplomatic cover, KGB staff want to keep the community under control of the Belarusian Embassy and control and direct its activities in the direction Minsk wants. The Belarusian KGB is also looking for Lithuanian politicians, Lithuanian businesspeople working in Belarus as well as representatives of the Russian-language media in Lithuania who could support Belarus' interests. The Chief Intelligence Board of the General Staff is collecting information about Lithuania's Armed Force, its preparedness and military infrastructure," the SSD report says.

The Belarusian Embassy refused to comment on the situation.

"The embassy does no comment on the situation since the detainee is not a citizen of the Republic of Belarus," Maria Agafonova of the Belarusian Embassy told BNS.

Espionage charges have been brought against a Lithuanian citizen, the Prosecutor General 's Office said.