BNS
aA
Mobilization check has revealed that nine out of 10 reserve troops would be fit for military service in Lithuania, the army's representatives said. 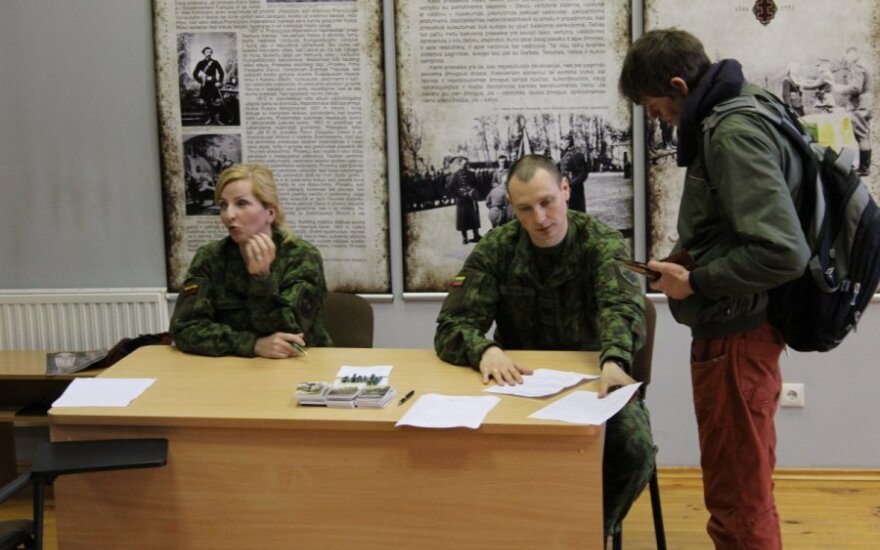 Some 250 reserve troops were invited to conscription centres in four cities of Lithuania on Thursday for verification of personal data and health check-ups.

"Our goal was to gather a company of about 100 persons. Based on the current data, I can say that the ambition has been reached and, in some places, even topped – for instance, over 140 came in Panevėžys, the number in Šiauliai and Marijampolė is also over 100, the number in Klaipėda is about 90," Captain Donatas Suchockis, public relations officer at the Lithuanian Army's Joint Staff, told BNS.

In his words, about 20-30 people in every district notified in advance that they would not be able to appear at the conscription centre, some of them promised to show up a little later.

"Among those who came, between 10 and 20 persons are not suitable (…). The results are rather good, as we did not know what to expect from the first exercise of the type. Our expectations have been met, the mood is rather good, they understand what they came for and their motivation is rather high," he added.

Žilvinas Žilvys, commander of the Klaipėda regional conscription division, said that "over 90 percent" are fit for military service. "I believe the percentage is high," he told BNS.