BNS
aA
The Lithuanian army is on Thursday testing its mobilization system. 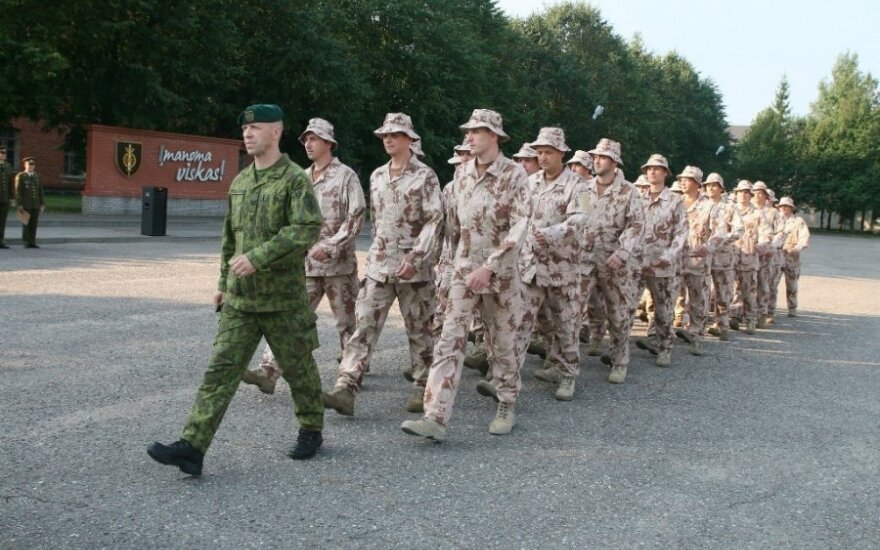 Having received conscription notices, 1,000 prepared reserve troops from Klaipėda, Šiauliai, Panevėžys and Marijampolė Counties have to report to pre-identified conscription units for an information update and medical checkups.

The army says it has to know what percentage of mobilized conscripts would report to conscription units in time, if needed.

The mobilization system test marks the start of the national Exercise Lightning Strike involving over 3,000 troops, officers and staff of the Lithuanian army, the Ministries of National Defence, the Interior and Healthcare, municipalities and the Lithuanian Riflemen's Union.

A tactical field exercise will be held on May 4-10 and will involve practical testing of the cyber protection system as well as simulation of various emergency situation and incidents that, in terms of their nature, are not comparable to acts of aggression. Besides other elements, a risk of attack against the LNG terminal and Palanga Airport will be simulated. The operations will be led by Klaipeda police supported by the army.