DELFI EN
aA
Lithuania's defence minister has been forced to reassure that the country's military does not discriminate against gay men after an army psychiatrist claimed that homosexuality was an exclusion criteria in selecting servicemen. 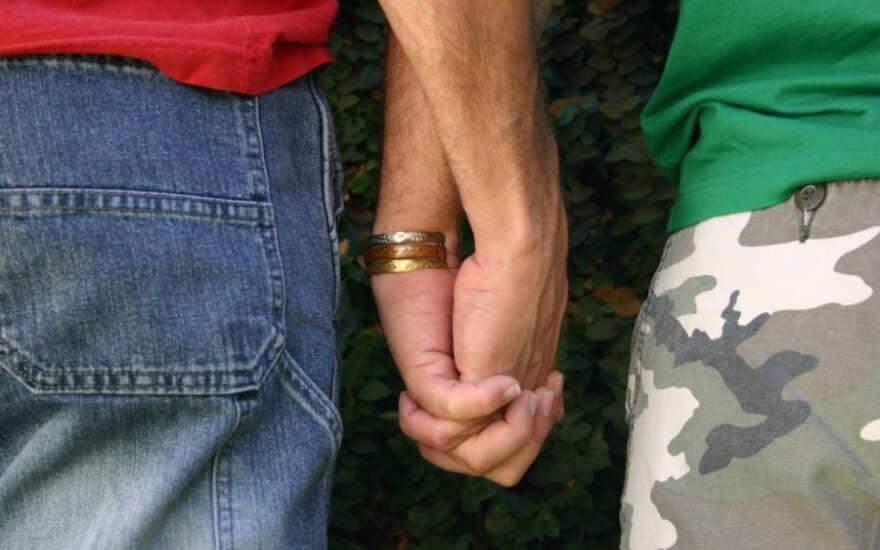 The Lithuanian army has reintroduced compulsory military conscription this year. Three thousand men, including volunteers, will be drafted for a nine-month service this autumn. The Ministry of National Defence has recently compiled a list of randomly selected candidates that will serve as a pool for drawing conscripts. Everyone in the list has to report to a military recruitment office to be screened for suitability for military service.

As part of the examination, the draftees have to take a psychological test. One of the question allegedly enquires whether the candidate likes picking flowers and whether he has ever considered a career in the floral industry. Another question asks if a male candidate has ever desired to be a woman.

A psychiatrist at a military recruitment office in Klaipėda, western Lithuania, was asked by a local newspaper whether the questions were intended to determine the candidate's sexual orientation.

"You hit the bullseye," psychiatrist Kęstutis Ramanauskas told the daily Klaipėda. "After reviewing initial data supplied by the [psychological] test, I try to analyse the person more thoroughly."

Ramanauskas said that he thought homosexual men were not suitable for military service.

"I use it as a criteria to screen them out. Even though it is claimed that it [homosexuality] is not a disease, but it is. Wrong orientation is a psycho-behavioural disorder. Even though some disagree. But a person like that will be bullied in the army, he will not be able to serve out the nine-month term," Ramanauskas is quoted by the newspaper.

Lithuania's Minister of Defence Juozas Olekas later assured that the army did not discriminate against homosexual people and that they were not excluded from the possibility to serve in the military.

"Our laws and decrees do not include any discrimination on the grounds of sexual orientation. The army is open to both heterosexual and homosexual individuals, we do not reject troops fit to serve in Lithuania's Armed Forces by the principle," he said at the parliament on Wednesday in comment of media reports about psychological tests for conscripts being aimed to screen them for sexual preferences.

He also said that the Lithuanian army was giving the same psychological test used in other NATO countries.

While women can voluntarily serve in the Lithuanian army, only men between 19 and 26 are subject to compulsory conscription.