Lithuanian Armed Forces must now do their homework, chief of defence says

aA
Chief of Defence of Lithuania, Major General Jonas Vytautas Žukas, expressed his delight with interesting and intense discussions on further NATO's actions in response to the changed international security situation when summarizing the results of NATO Military Committee Conference 2014 in Vilnius, the Ministry of National Defence said. 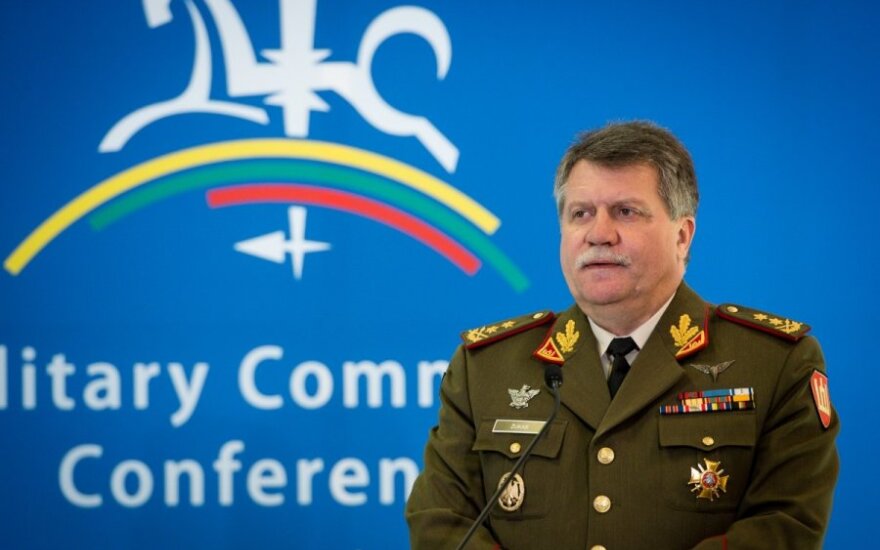 While giving his estimation of the measures NATO had already taken and had planned for ensuring the Baltic States' security, Major General Žukas highlighted that the key task for the Lithuanian Armed Forces was to get ready appropriately for a possible deployment of allied forces.

"The most important task for the Lithuanian Armed Forces now is to do their homework appropriately. The minister has already addressed the Seimas for expanding two of the most important training ranges so that hosted forces can undertake training properly. The facilities of the Šiauliai Air Base of the Lithuanian Air Force are also undergoing a speedy repair and expansion," Žukas said.

The chief of defence also availed of the opportunity to inform that a new rotation of US military were arriving and bringing heavy equipment, Stryker and Bradley infantry combat vehicles, along to Lithuania the following week. The arriving rotation will replace the US 173rd Airborne Brigade's 1st Squadron, 91st Cavalry Regiment currently deployed in Rukla.

The chief of defence of Lithuania also expressed a hope that units of other NATO allies' ground forces will join the US allies soon as well. The major general said that three countries, Belgium, Hungary and Germany, have already announced their initiatives to send troops for training in Lithuania.

US military contingents have been deployed in Lithuania, other Baltic nations and Poland on a rotating basis since April in response to the security situation changed by Russia's annexation of Crimea. The United States deployed roughly 600 infantry personnel to the Baltic States and Poland.

The Chief of the General Staff of Armed Forces of the Czech Republic, General Petr Pavel, was elected...

NATO chiefs of defense gathered in Vilnius on Saturday to discuss Eastern European defense and...

NATO to open HQ in Baltic states, Poland and Romania

International headquarters will be founded in the Baltic states, Poland and Romania, which will be...