BNS
aA
It is important to exchange information and ensure common security in the Baltic Sea amid an increase in Russian provocations, says Jovita Neliupšienė, chief adviser to Lithuanian President Dalia Grybauskaitė on foreign policy issues. 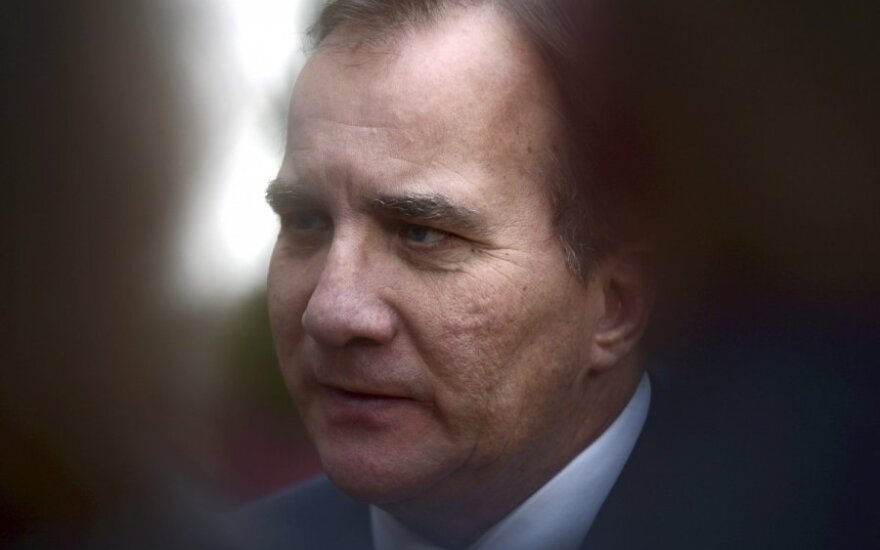 In her words, Russia's frequent provocations, including a recent incident in Sweden's territorial waters where a Russian submarine was allegedly spotted, will be discussed during the president's meeting with visiting Swedish Prime Minister Stefan Löfven on Tuesday.

"There's been a lot of that mystique, figuratively speaking, recently. The Baltic airspace has been violated, the Nordic countries', Sweden's airspace has been violated several times. There have been interruptions of work in the sea, for example, including on our power link with Sweden. There have also been attempts to hold military exercises very close to make the ship installing the cable to move. We see many such provocations in the sea and in the air. And I would say it's only one of several issues that we need to discuss with the Swedish prime minister," Neliupšienė told the Žinių Radijas news radio on Tuesday.

Sweden is an important partner of Lithuania in the areas of security as well as economic and political cooperation, she said, therefore, it's important "to act together and exchange information".

"We probably won't be able to prevent such provocations as there's no goodwill on the other side. But it's really important to ensure our security in the Baltic Sea region," the presidential adviser said.

Sweden's armed forces continue searching for a foreign submarine in its waters in the biggest search operation since the Cold War. On Sunday night, the Swedish army published a photo of an alleged "foreign vessel" 50km from the capital Stockholm.

The Swedish media had said it could be a Russian submarine but Russia says the mysterious submarine might belong to the Netherlands, which the Dutch government denies.

Meanwhile Lithuania has stepped up vigilance and is keeping in constant touch with Sweden as it awaits the arrival of the LNG ship-terminal in the Port of Klaipėda on Monday.

Sweden 's armed forces keep their eyes on the tanker NS Concord that has been zig-zagging near the...

Lithuania has stepped up vigilance as it is awaiting the arrival of the LNG ship-terminal,...

Minister of Energy Rokas Masiulis has said that the incident in the Swedish Baltic Sea waters, where...