BNS
The foreign ministers of Lithuania and Estonia met in Vilnius on Wednesday, calling for continued pressure upon Russia for its actions in Ukraine. 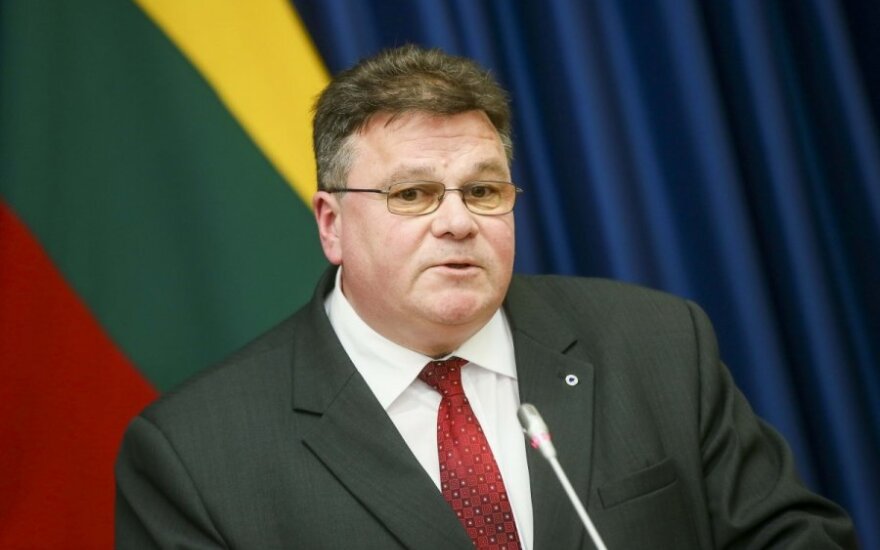 Speaking at a joint news conference, Lithuania's Linas Linkevičius and Estonia's Keit Pentus-Rosimannus said that it was too early to talk about a breakthrough in the conflict.

"We share our stance on Ukraine and we indeed demand continued pressure and sanctions until full implementation of all Minsk accords. Regardless of the recent optimistic comments, we have to state that the situation remains complex, it is still too early to speak about some breakthrough, as the ceasefire is being violated on a daily basis, even with human casualties," Linkevičius said.

The Estonian diplomacy chief, Pentus-Rosimannus, added that Russia should take responsibility for the developments in Ukraine.

"Actually, we should not call it a Ukraine crisis because it is the Russian aggression in Ukraine that is the problem. And we share the common position that Minsk agreement must be fully implemented. We keep on insisting that, having pressure to Russia and also do see that Russia must fully assume their responsibilities," said the Estonian minister.

Secretary general of the Organization for Security and Cooperation in Europe (OSCE), Lamberto Zannier, told BNS in Vilnius on Monday morning that enforcement of ceasefire in the strategically important town of Shyrokyne near Mariupol was a good chance to secure peace in Ukraine.