BNS
aA
Lithuania's new Ambassador in Kiev Marius Janukonis says that Ukraine currently has many economic problems, which might give cause for dissatisfaction among the population. However, he believes that any unrest would most likely be spurred by groups not eager about the country's European future. 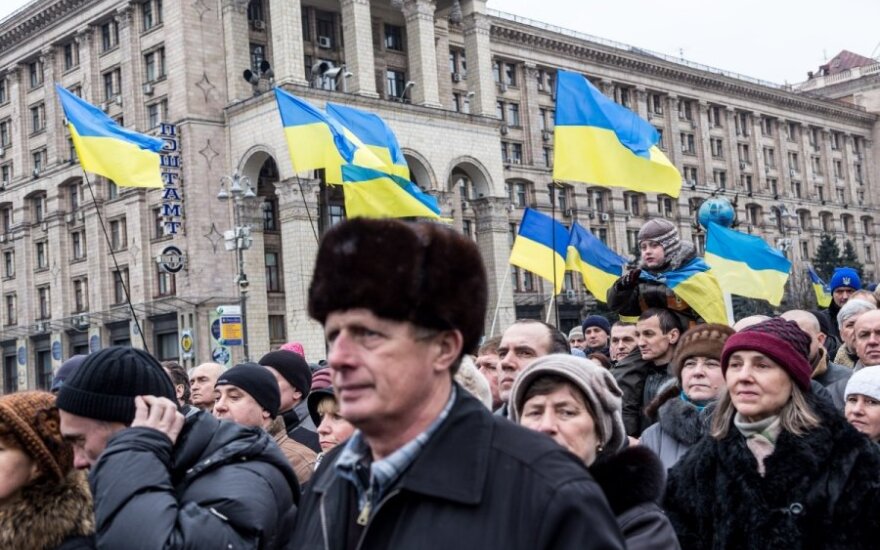 "There's nothing to hide – Ukraine is in a difficult period now. It is not about the military action in Eastern Ukraine and the annexation of Crimea, economic difficulties are also part of it. Ukraine's economy has been shrinking for the past two consecutive years, utility costs are on the rise, which has a rather painful effect on the population. As a matter of fact, the situation may lead to conditions for dissatisfaction in the government's policies and various protests. Nevertheless, the impression is in most cases that the tensions and possible disturbances are stimulated artificially," Janukonis said in an interview to the Veidas weekly magazine.

In his words, the feeling is that the dissatisfaction is consciously escalated by interest groups that do not want Ukraine to become a European nation.

At the same time, the ambassador noted investor interest in Ukraine, which is a signal of belief in its recovery.

"It may seem strange but some companies continue investing in Ukraine, including companies from Lithuania. Without doubt, the current situation is not favourable for the accession of new investors and new serious investments, nevertheless, businesses are struggling to adapt and survive the difficult time. I can add that virtually none of the Lithuanian businesspeople working in Ukraine have left. Yes, they admit that the situation is not the best and that there are difficulties, but they continue believing in Ukraine's economic recovery and remain interested in the market," he added.