(1)
BNS
aA
The conflict between opposing parties in connection to the ratification of the Istanbul convention on violence against women is too acute and makes it impossible to expect a compromise any time soon, says Lithuania's Social Security and Labor Minister Linas Kukuraitis. 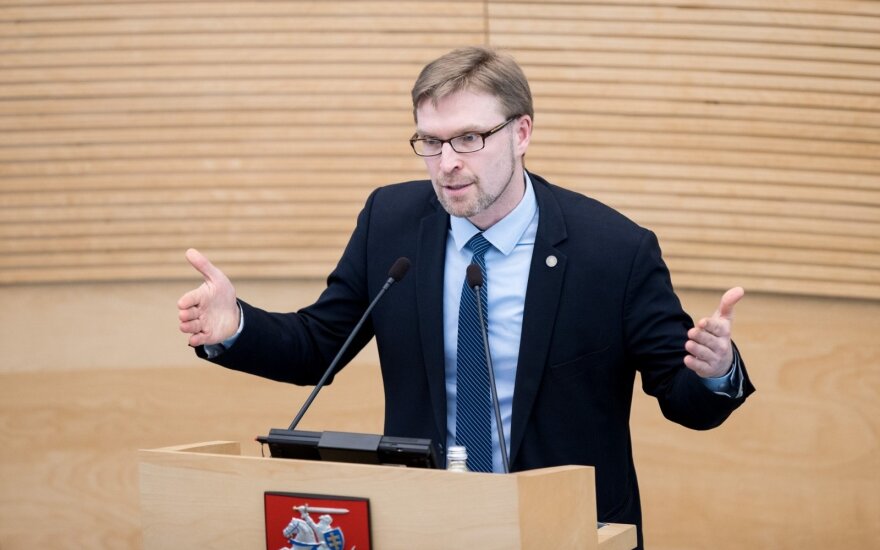 "It seems like the conflict is too bitter, and we will not have a compromise in the nearest future. Therefore, our proposal is to not rush things. This is what we proposed officially to the Foreign Ministry – to take at least a year to see how national rights and practices are changing in the field of violence and in terms of gender before making a new assessment a year later and, if no new practices and new rights are forming in other countries, we can then possibly join the club," Kukuraitis told Žinių Radijas news radio on Thursday morning.

The convention has triggered heated discussions in Lithuania about the definition of gender, i.e., the English-language gender and its Lithuanian translation approved by the government's office.

Until there is a consensus, ratification of the document will not be rushed, however, in Kukuraitis' words, there will be efforts to revise some laws without the endorsement of the convention.

"Violence remains a major problem, which is recognized by opponents of the convention, and we have made a list of the laws that would have to be changed to match the convention, if it was ratified. We have set the goal of doing this even without the convention to be closer to the objectives and instruments envisaged in the convention in the field of violence. We will do the work in any case, whether the convention is ratified or not," said the minister.

Lithuania's Foreign Minister Linas Linkevičius signed the Council of Europe Convention on Preventing and Combating Violence Against Women and Domestic Violence in 2013, however, the parliament has not yet ratified it.

Council of Europe's experts say that, after ratifying the convention, Lithuania would benefit from advice from experts monitoring the implementation of the convention and the good practices of other countries on curbing domestic violence.

The Lithuanian Conference of Bishops and other critics maintain that the Istanbul Convention may force Lithuania to change the concept of gender and introduce the unacceptable provisions on homosexuality.

The head of Vilnius Women's House , a non-governmental organization running a crisis centre for...