BNS
aA
Lithuania will not compromise the interests of its citizens for the sake of better relations with Israel, Foreign Minister Linas Linkevičius has said after a Lithuanian national was detained in a Tel Aviv airport. 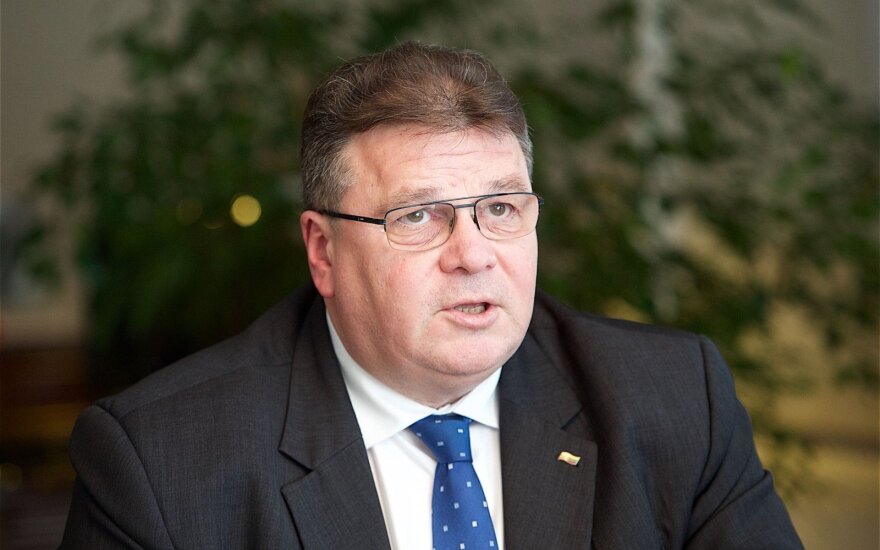 "There will be no exceptions here. The interests of our citizens are our priority and we will always defend them where there are grounds for doing so," he told BNS on Monday.

Gabrielė Tervidytė, a Lithuanian citizen, was deported from Israel as a threat to national security and returned to Vilnius on Monday. She said that she had been denied entry to Israel due to her work on projects in Palestine with non-governmental organizations.

Linkevičius told BNS that he could not say "who is right in this situation" yet.

"This is a very sensitive issue, the Israeli-Palestinian conflict is so deep, painful and bloody that I can't say who's in the right here," he sad.

According to the minister, Lithuanian diplomats plan to contact Israel's authorities to find out the reasons for the Lithuanian citizen's deportation, but not necessarily through a diplomatic note.

Tervidytė told BNS on her return to Vilnius she had been working with NGOs on projects in Palestine for the last several years. She added that some of these projects were financed by the Lithuanian Ministry of Foreign Affairs.

Tervidytė was detained at the David Ben-Gurion Airport in Tel Aviv last Wednesday. She was banned from entering Israel unless individually authorized by the country's Interior Ministry.

Lithuania is one of the strongest supporters of Israel in the European Union and usually does not back Palestinian initiatives at the United Nations.

Gabrielė Tervidytė, a Lithuanian national who was detained in an Israeli airport last week,...

The mother of Lithuanian citizen Gabrielė Tervidytė who has been detained in Israel as “a threat...

Lithuanian in Israel detained in relation to national security threat

Lithuanian citizen Gabrielė Tervidytė has been detained in Tel Aviv, Israel , as a threat to...