BNS
aA
Mikhail Gorbachev, the last leader of the Soviet Union, will not be part of the court proceedings in Lithuania which try to bring to justice individuals responsible for civilian deaths during the attempted coup of January 1991 in Vilnius. 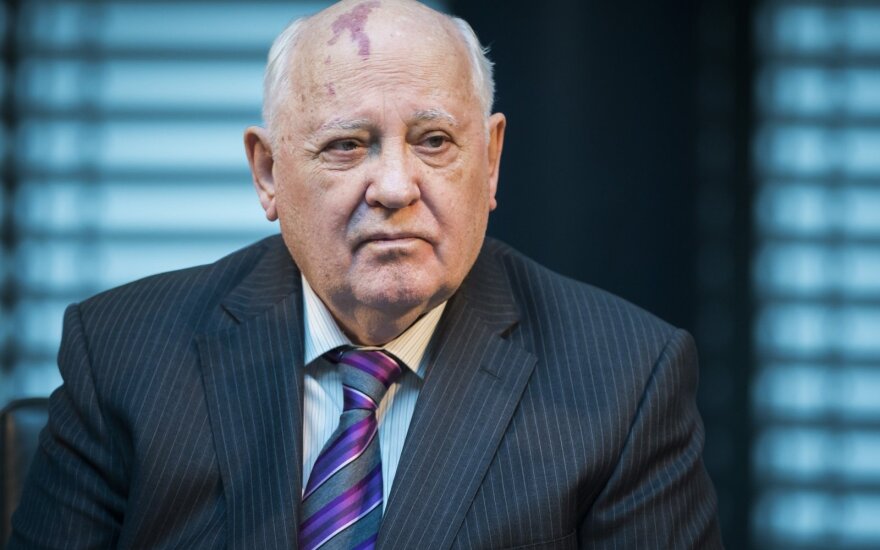 A Vilnius court has ruled that Lithuanian prosecutors took all possible steps with regard to Gorbachev in the preparation of the January 13 coup for court proceedings.

Robertas Povilaitis, who lost his father during an attempted coup by the Soviet army in January 1991, has failed to persuade the law-enforcement to open a separate investigation into Gorbachev's role and list him as special witness. Povilaitis expects that Gorbachev could be interviewed in the current trial on the liability of Soviet officers and other top-ranking Soviet officers as an ordinary witness – his plea will still be heard.

Under Lithuanian laws, the status of special witness is accorded to individuals when evidence is insufficient to bring formal charges against them.

In a final ruling in July, a Vilnius court upheld the argumentation of the prosecutor and pre-trial judge, who argued that the case materials did not provide grounds for a separate investigation of "negligent execution of duties as a chief" by Gorbachev.

Speaking at a news conference on Monday, Povilaitis said he respected the court ruling but noted that by refusing to open the probe prosecutors “must be convinced that the individual has not committed the crime”. He recalled that some of the officers charged with war crimes and crimes against humanity were directly subordinate to Gorbachev, preparations for the use of military force in Lithuania took a few months and the Soviet Union's regular army and special forces were involved in the attacks on targets in Lithuania, using heavy weaponry and munitions.

"If we took a look at other developments, the use of armed forces against civilians also took place in Georgia and Azerbaijan. We are talking about these facts as a whole, testimony of various witnesses. And even this data does not give a suspicion to the Prosecutor General's Office that the then chief commander of the Soviet Union could be linked with the killing? I would say it is clearing Mikhail Gorbachev of all charges in advance by not even starting a probe with regard to him, also preventing judicial hearing of the issue," said Povilaitis, who lost his father Apolinaras Povilaitis during the attempted coup of 1991.

In response to Povilaitis' plea, the prosecutor stated that efforts had been made since 1992 to get answers from Gorbachev about the developments of January 1991, but without any success.

Lithuanian law-enforcement says Russian institutions have not responded to calls for legal assistance or refused to execute them under reservations of the European Convention. Povilaitis said he had asked Lithuanian prosecutors to question Gorbachev directly, but his request was rejected.

Prosecutor Daiva Skorupskaitė noted that available evidence does not lead to a conclusion that Gorbachev was aware of the plans to engage in military activities in Vilnius and that he took no action to halt the actions.

In her words, including Gorbachev in the case as a special witness is not possible, since he refuses to cooperate with Lithuanian prosecutors and there are no other ways of putting a citizen of a foreign country in front of a Lithuanian court to testify.

This year marks 25 years since the January 13 massacre when 14 unarmed civilians were killed in an armed attack of the Press House, the TV Tower and the Radio and Television Committee building.

Russia has refused to hand summons to the Soviet Union 's former leader Mikhail Gorbachev for...